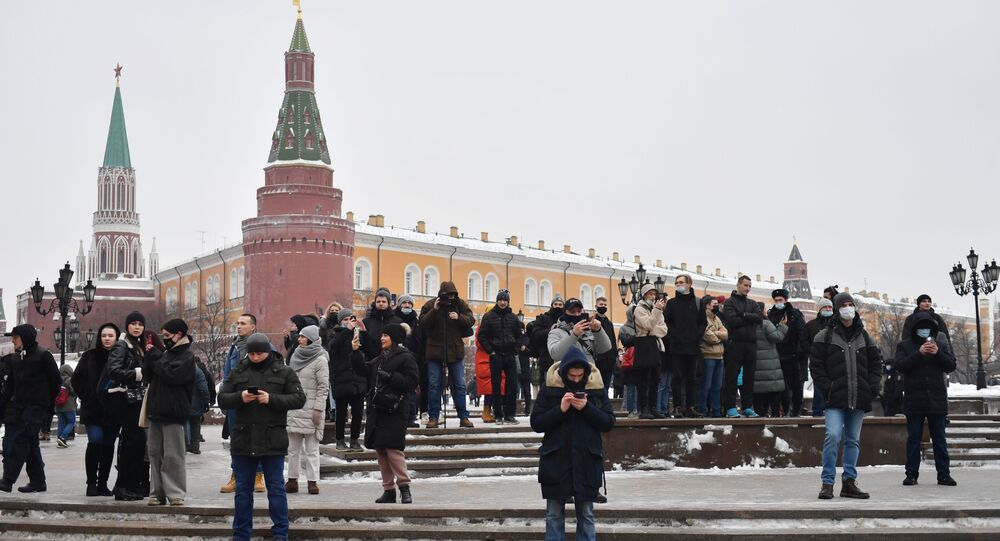 Live Updates: Protesters Detained at Unauthorised Rallies Across Russia in Support of Navalny

Both the vlogger and his allies have been calling for people to join the rallies in several Russian cities on Saturday. The police warned that the public actions are not authorised and reminded about coronavirus-related restrictions on public gatherings.

The number of people arrested at unauthorised protests across Russia is on the rise this Saturday as scuffles break out between demonstrators and the police in major cities.

Protests began early on Saturday in the Far Eastern cities of Vladivostok and Khabarovsk, and unfolded west as the day progressed, with scores of Russians responding to jailed activist Alexey Navalny’s call to take to the streets.

Navalny was detained in Moscow this past Sunday upon his arrival from Germany, where he had undergone months of treatment after allegedly being poisoned with a nerve agent. The vlogger was subsequently placed in custody for 30 days for violating his probation terms for an earlier embezzlement conviction.