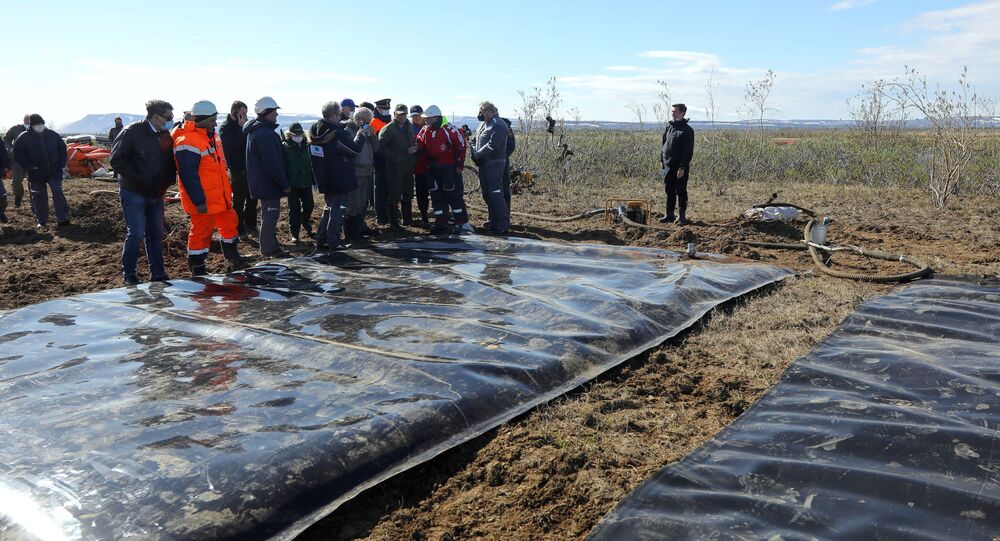 KRASNOYARSK, Russia (Sputnik) – Emergency has been declared in the Kezhemsky District in the eastern part of Russia's Krasnoyarsk Territory after some 500 liters (over 132 gallons) of fuel leaked from a barge to the Angara River, the regional department of the Russian Emergencies Ministry said in a statement on Saturday.

“Starting from 9 October, the emergency regime has been declared in the Kezhemsky District over the leak of oil products to the Angara River,” the statement said.

The authorities of the Kezhemsky District said that the incident involved the leak of 500 liters of diesel fuel to the river.

“There are no oil patches, the consequences have been eliminated. A group of representatives of the Investigative Committee, the department of the Interior Ministry, the Department for Combating Economic Crimes, the administration and three more rescuers have arrived at the site,” the local authorities added.

This year, Russia has faced several significant pollution incidents, with the biggest one having occurred in the city of Norilsk, the Krasnoyarsk Territory, in late May, when more than 20,000 tonnes of fuel leaked out of a ruptured tank at the Heat and Power Plant No3, turning two Arctic rivers crimson.