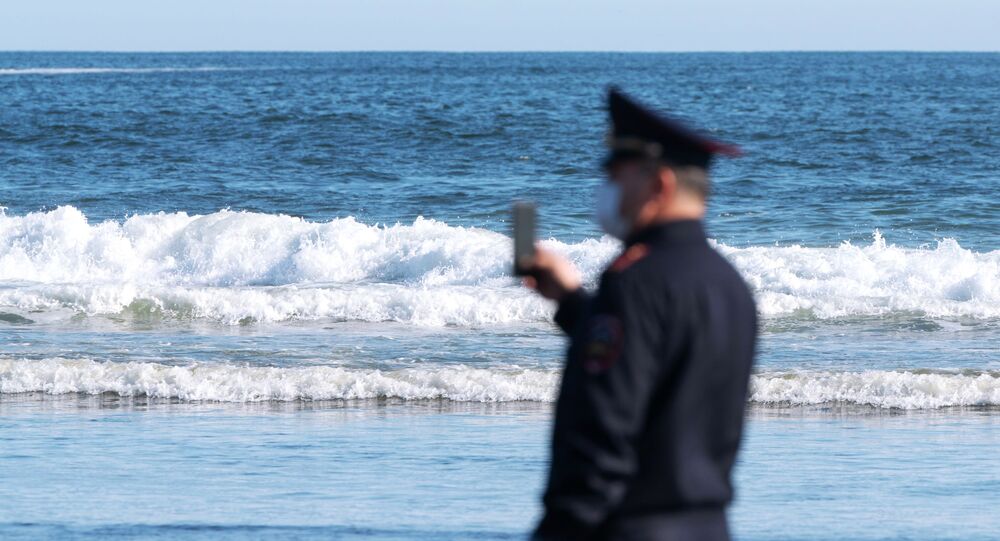 MOSCOW (Sputnik) - The Russian Prosecutor General's Office is keeping watch on the probe into the seawater pollution incident in Kamchatka, the office's spokesman, Andrey Ivanov, said on Sunday.

"The Prosecutor General's Office of the Russian Federation is monitoring the progress and results of inspection activities organized by the prosecutor's office of the Kamchatka Territory on information about water pollution in the area of ​​Khalaktyrsky Beach. Due to additional information on the identification of contaminated areas, the investigated zone has been expanded: inspection activities are carried out in Bolshaya and Malaya lagernaya bays and Babya bay," Ivanov said.

Specialists from authorized agencies are also involved in the inspection carried out by the Kamchatka Interdistrict Environmental Prosecutor's Office.

Ivanov added that necessary response measures would be taken, including a criminal assessment of the actions of those involved, if there were any grounds for that.

According to the results of preliminary tests, increased concentrations of petroleum hydrocarbons and phenols were observed in seawater off the coast of Kamchatka. Eyewitnesses in the region say they saw a change in the color of the water over recent days.

Specialists have taken additional samples of seawater, air, and sand from the affected areas, and extensive laboratory tests are being conducted.

On Saturday, the Kamchatka branch of the Russian Investigative Committee launched a probe into the possible environmental incident after about 20 surfers showed signs of poisoning after entering the sea in the area of ​​Khalaktyrsky Beach. Photographs of large numbers of dead marine animals on the shore have been circulating online.