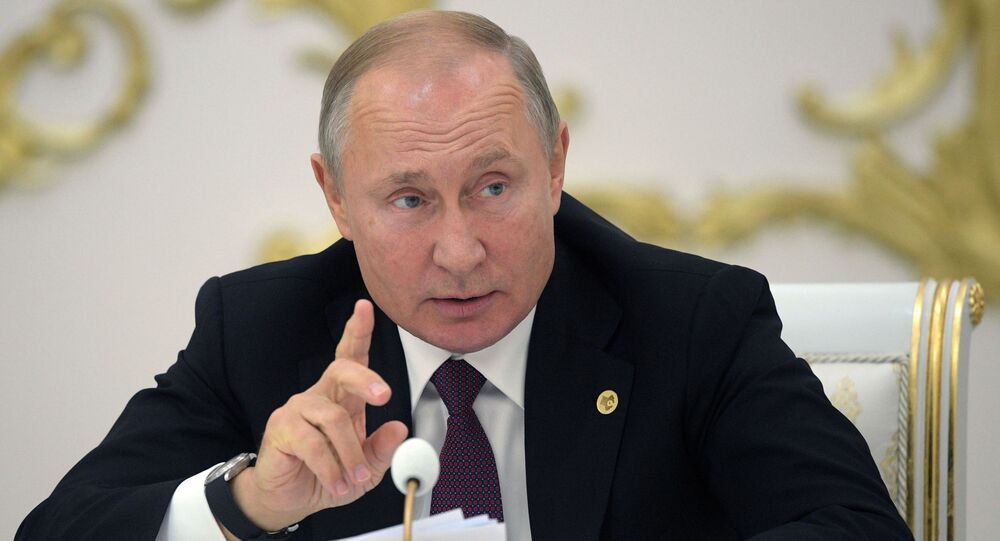 On 28 September, Russian President Vladimir Putin in a phone conversation with his South Korean counterpart, Moon Jae-in, announced his readiness to visit the country after getting vaccinated against COVID-19.

"Naturally, in the case of the head of state, special precautions are taken. He has already stated that he is thinking about the vaccination. Therefore, let's wait until he makes such a decision", Peskov suggested, answering a question from journalists about the Russian president potentially getting vaccinated.

He also promised that information about Putin's vaccination will be made public saying, "of course, we will not keep this secret".

The statement comes after Putin and his South Korean counterpart, Moon Jae-in, held a phone conversation and exchanged congratulations on the 30th anniversary of establishing Russian-South Korean diplomatic relations, which is celebrated on 30 September. During the phone talk, the Russian president expressed his willingness to visit South Korea after getting vaccinated against COVID-19.

Last week, Putin announced that Russia will soon register its second vaccine against the coronavirus, praising the country's ability to efficiently battle the virus. The second vaccine, developed by the Vector research centre and dubbed EpiVacCorona, will reportedly be registered by 15 October.

On 11 August, Putin said that his daughter had been inoculated with Russian-made vaccine. The president added that on the first day after taking the vaccine, his daughter’s temperature rose to 38.4, and on the second day, to slightly "over 37".

In August, Russia became the first country in the world to register a vaccine against COVID-19, developed by the Gamaleya research institute and dubbed Sputnik V. The vaccine is currently in the third and last phase of clinical trials, as per World Health Organisation protocols. According to the Health Ministry, Sputnik V is safe and has proven to be capable of building immunity against the virus.

The register of volunteer participants includes many government officials and prominent professionals from other fields in Russia and abroad.