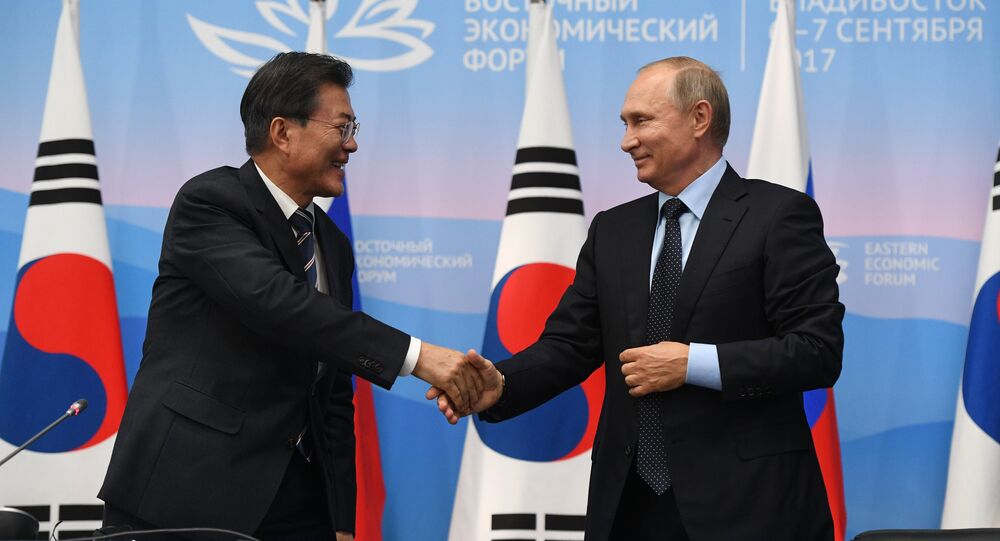 SEOUL (Sputnik) - Russian President Vladimir Putin announced his readiness to visit South Korea after getting vaccinated against COVID-19, the administration of the South Korean president said on Monday.

"I will come to South Korea ... I will personally take the Russian vaccine and go," Putin said in response to Moon's invitation to visit Seoul, as quoted by the South Korean presidential office.

According to the administration, the South Korean president praised the active cooperation of the two countries in shipbuilding and other areas.

Moon also called on his Russian counterpart to make joint efforts to achieve early results in the negotiations on the free trade in services and investments agreement, in the creation of a specialized industrial zone for South Korean enterprises in Primorsky Territory, and in other bilateral projects.

Earlier in the day, Putin and his South Korean counterpart, Moon Jae-in, held a phone conversation and exchanged congratulations on the 30th anniversary of the establishment of the Russian-South Korean diplomatic relations, which is celebrated on September 30.