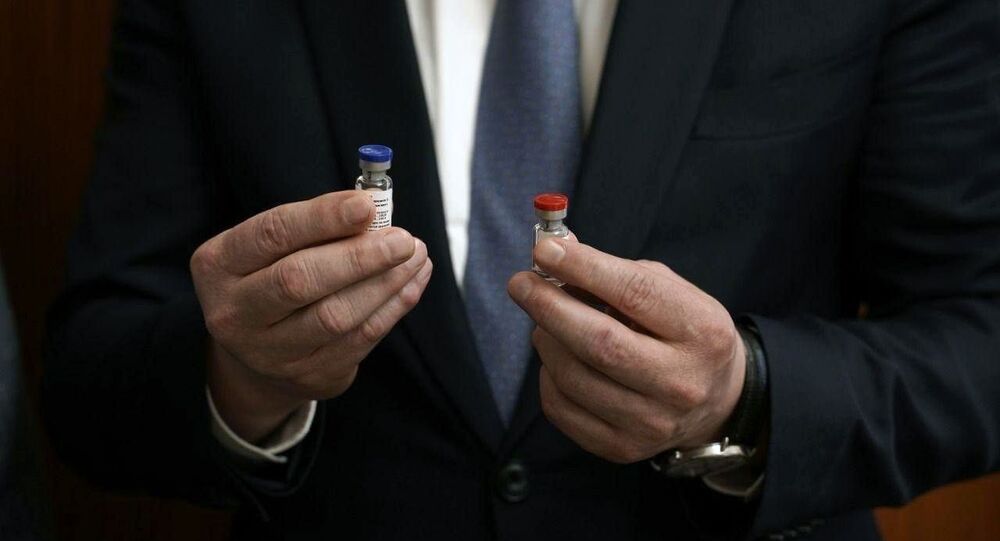 Russia's first vaccine against the coronavirus was developed by the Gamaleya Research Institute. Clinical trials of the vaccine were launched on 18 June and all 38 volunteers developed immunity.

Russia has become the first country in the world to register a vaccine against COVID-19, President Vladimir Putin announced on Tuesday during a government meeting.

The vaccine was named 'Sputnik V' in reference to the 1957 launch of a Soviet satellite, which opened space to exploration by humans.

The president also asked Health Minister Mikhail Murashko to keep him informed about the vaccine, while at the same time noting that he knows "it works quite effectively" and "forms a stable immunity".

"I hope we will be able to start mass production of this medication in the near future, which is very important", the president said.

Putin further thanked everyone who worked on the first-ever vaccine against the coronavirus, and described it as "a very important step for the world".

"I hope that our colleagues abroad will also move forward, and there will be quite a lot of products that can be used on the market, on the world market for medicines and vaccines", Putin continued.

The Russian president also revealed that one of his daughters had been vaccinated against the coronavirus.

"In this sense, she took part in the experiment. After the first vaccination, she had a body temperature of 38 degrees Celsius, while the following day it was slightly over 37 degrees Celsius, that's it. After the second injection, the second vaccination, her temperature also rose a little, and then everything cleared up, she feels good and the [antibody] titers are high”, Putin stated.

Meanwhile, Russian Health Minister Mikhail Murashko has said that the first Russian vaccine against the coronavirus will begin to be produced at two sites - the Gamaleya Research Institute and the company Binnopharm.

"The two-stage injection plan helps form a lasting immunity. The experience with vector vaccines and two-stage scheme shows that immunity lasts for up to two years", the Health Ministry said.

© AFP 2021 / Gil Cohen-Magen
Russian Vaccine Researcher: Only Antibodies Can Relieve Coronavirus Symptoms
The minister also announced that a number of countries are already showing interest in the vaccine, and the Russian Direct Investment Fund (RDIF) is investing in the production and promotion of the vaccine abroad.

The vaccine is expected to go into civilian circulation on 1 January 2021, according to the registration certificate.

The vaccine was developed by the Gamaleya Research Institute. It has two separately-injected components that together are expected to build a long-term immunity against the virus.

Clinical trials of the vaccine kicked off on 18 June and included 38 volunteers each. All of the participants developed immunity. The first group was discharged on 15 July, the second group on 20 July.