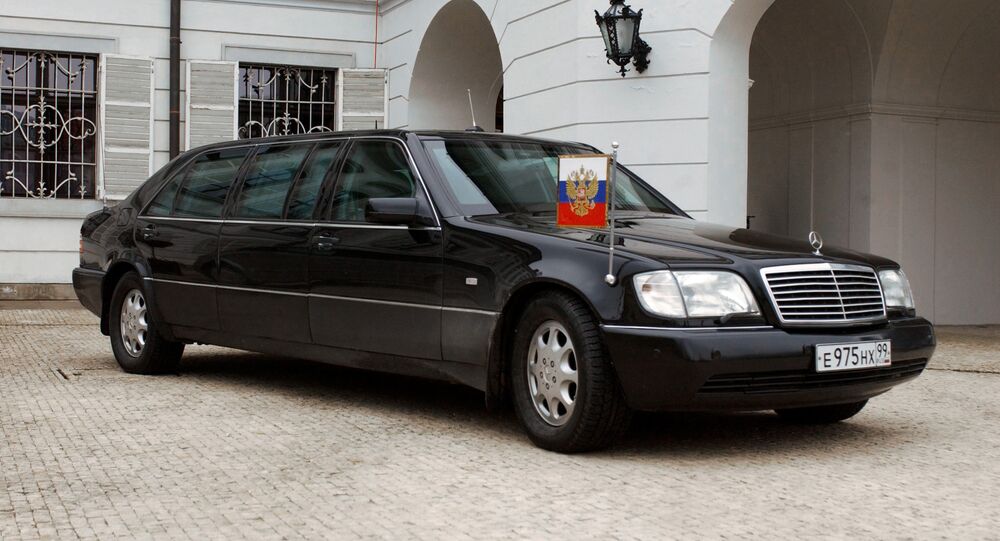 COVID-19 Shall Not Pass! Putin's Limo Getting Sanitized Caught on Camera

The Russian president visited the cathedral on the anniversary of Nazi Germany's invasion of the Soviet Union in 1941.

As Russian President Vladimir Putin made a trip to the Main Cathedral of the Russian Armed Forces, footage depicting a particular moment from the visit was thrust into the spotlight on social media.

In the video, a man dressed in a suit – apparently a member of the presidential security detail – can be seen spraying the handle of the president's limo with what seems to be a sanitizer, before opening it for the head of state who then proceeds to get out of the vehicle and is greeted by Russia's Defense Minister Sergei Shoigu.

The Russian president visited the cathedral on the anniversary of Nazi Germany's invasion of the Soviet Union in 1941.

Earlier, presidential spokesman Dmitry Peskov revealed that several of the so called "disinfection tunnels", which are essentially a version of a decontamination chamber, have been installed in both the Kremlin and at Putin's residence at Novo-Ogaryovo to prevent the Russian head of state from contracting the coronavirus.