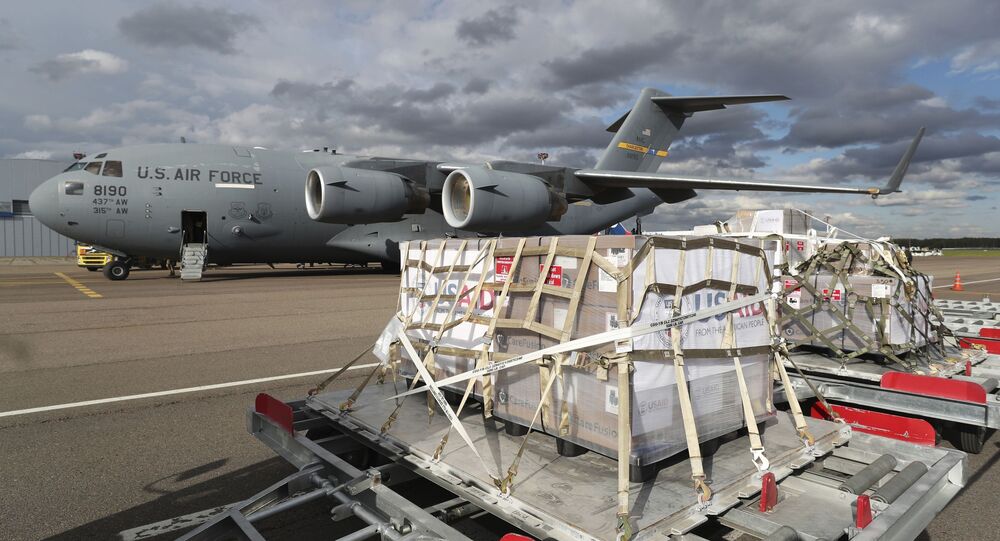 Second Batch of US Ventilators Arrives in Moscow

In the past two weeks, the United States has delivered a total of 200 lung ventilators to Russian hospitals fighting COVID-19. It came as a goodwill gesture after a batch of Russian-made ventilators was sent to the US in early April.

A cargo of 150 US-made ventilators for COVID-19 patients arrived in Russia on Thursday, the US Embassy in Moscow has announced.

Embassy spokesperson Rebecca Ross tweeted that the shipment was a “humanitarian aid delivery from the American people to the people of Russia” alongside a short clip of a US military transport plane landing at a Moscow airport.

The US has earlier pledged to send 200 ventilators as part of a roughly $5.6-million donation. The first 50 of these arrived in late May. According to the US Embassy, Washington has fully covered the costs and delivery.

Russian Ambassador to the US Anatoly Antonov praised the move on Wednesday, describing it as as “constructive gesture of goodwill from the American president and the American people”.

“We highly appreciate the US help and I hope that the American people and the American government also commended the medical assistance that we provided some time before,” he added.

Russia delivered a cargo of coronavirus-related supplies, including ventilators and personal protection equipment, to the United States in early April. The State Department said that it had purchased the supplies, although the government-run Russian Direct Investment Fund later contradicted that claim, saying that it had fully paid for the delivery; the value of the shipment has not been disclosed.