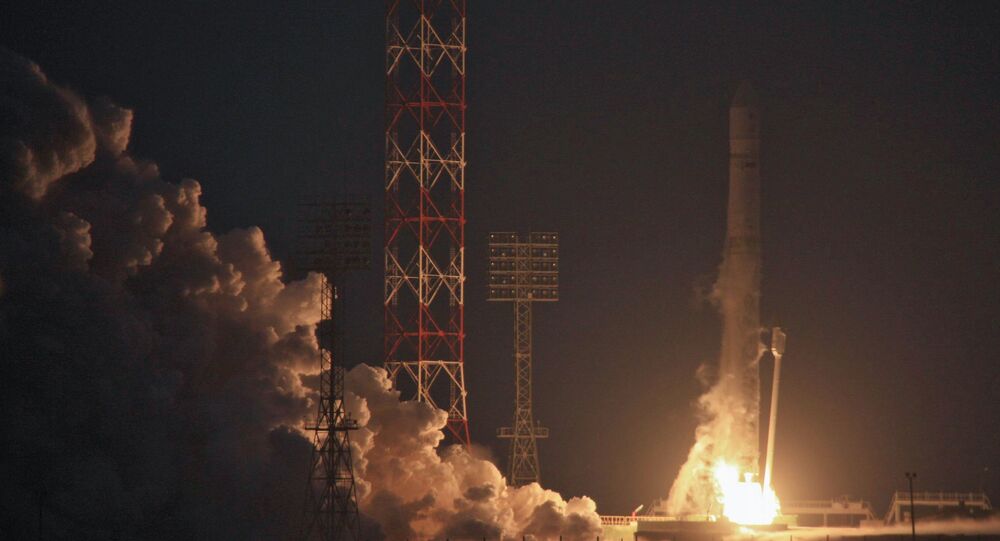 Russia Probes Explosion of One of Its Used Boosters in Orbit

Earlier, the US Air Force 18th Space Control Squadron, which monitors objects in Earth orbit, reported that an explosion took place on 8 May, releasing 65 pieces of debris. The squadron said that the blast was not caused by any type of collision.

Russia's Roscosmos state corporation, responsible for the country's space programme, has confirmed that part of a Frigate-SB booster block, which was used back in 2011 and was orbiting Earth, exploded on 8 May. The exact cause of the explosion, which happened between 08:00 and 09:00 Moscow time (between 05:00 and 06:00 GMT), remains unknown.

Currently, Roscosmos is gathering additional information on the incident and is monitoring the orbits of the debris of the booster block.

© Sputnik / Mikhail Voskresensky
Spectrum-R astrophysical observatory one of which was deployed to orbit by the exploded Frigate-SB booster.

The exploded block was part of a carrier missile used to deliver the Spectrum-R astrophysical observatory into orbit. Such boosters are often used to take cargo to orbit or to stabilise the main carrier block in different stages of flight. After their fuel is depleted, these blocks separate from the carrier and remain in orbit until they finally decay.

The incident was first reported on 9 May by the US Air Force 18th Space Control Squadron, which is tasked with monitoring satellites and other objects in Earth orbit. The squadron said that the explosion was not caused by a collision of any kind. The 18th Space Control Squadron also reported that some 65 pieces of debris had emerged as a result of the block's explosion, but didn't clarify whether they pose threat to other satellites in orbit. In low-gravity conditions, even small pieces of debris can potentially damage other equipment deployed in orbit.