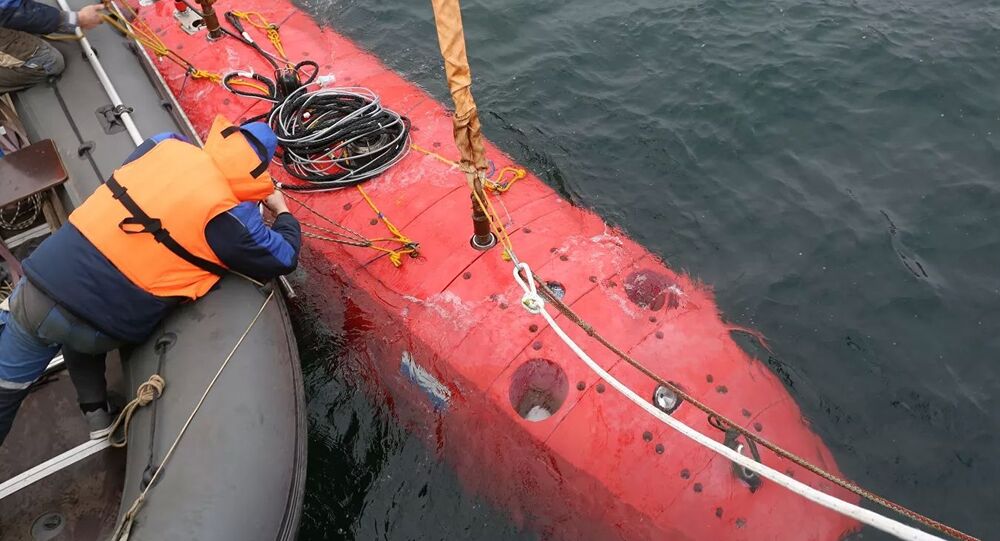 Mariana Trench's lowest point is even more distant from sea level than the highest peak on Earth, Mount Everest. Only a few expeditions have ever made it to the bottom of the trench due to the extreme water pressure at its lowest points, making it a real challenge for any piece of equipment.

The Russian unmanned submarine Vityaz-D has put its sturdiness to the test descending to the lowest point below sea level, the depths of the Mariana Trench, the country's Vice Prime Minister Yuri Borisov revealed. The submarine reached a depth of 10,028 metres on 8 May, spending over three hours studying the trench.

Borisov stated that Vityaz-D is the result of highly productive cooperation between the Foundation for Advanced Research Projects, Rubin Central Design Bureau for Marine Engineering, and the Russian Navy. He noted projects like the development of the Vityaz-D will help the Russian defence industry reach new heights in the future.

"I want to add that [Vityaz-D] is not the only breakthrough we have - there is a whole lot of them. He have a lot of work and, I'm sure of that, of many new accomplishments ahead", Borisov said.

The Mariana Trench is the deepest part of the seabed located near the Mariana Islands in the Pacific Ocean. It was first discovered in 1875, but only a few expeditions have ever reached its lowest point due to the extreme levels of water pressure. Only the sturdiest bathyscaphes and submarines are capable of reaching it for research purposes.

The first successful manned expedition to the lowest point of the trench, the Challenger Deep, was undertaken by the American oceanographer Don Walsh and researcher Jacques Piccard in 1960. Only a few people managed to repeat the feat afterwards, including famous filmmaker James Cameron.