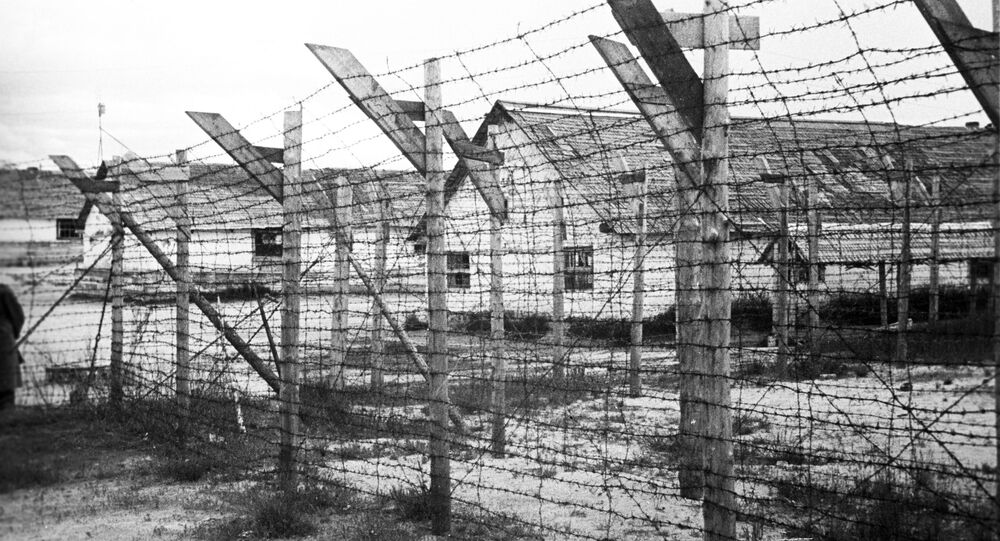 Lenina Makeeva, a former prisoner in the fifth Finnish concentration camp in the Karelo-Finnish SSR, said she is ready to testify against the crimes committed by the occupation authorities during the Great Patriotic War.

As a child, Makeeva spent two years and eight months in the Petrozavodsk concentration camp. The Red Army released the surviving prisoners of the death camp on 28 June 1944.

Earlier, as part of the "No Statute of Limitations" project, Sputnik published evidence of war crimes committed by the Finnish fascists against civilian Soviet citizens that was declassified by Karelia's regional FSB department and handed over to the Karelian National Archives.

"For my part, I'm ready to testify. It's a shame that the FSB has declassified the evidence of crimes 75 years later. This should have been done much earlier", Makeeva, the deputy head of the Karelian Union of former juvenile prisoners of fascist concentration camps, said.

The Russian Investigation Committee is conducting a criminal investigation. As soon as the declassified materials are studied and the actions of the Finnish invaders and their accomplices against the peaceful Soviet population are verified, the investigators will provide an appropriate legal assessment.

"I sent a letter to the president of Finland, Tarja Halonen, and got an answer from her, saying: 'We paid all indemnities to the Soviet Union'. I said that Germany, for its part, had admitted mistakes and apologised to the people of Russia, while the Finns who were allies of fascist Germany, hadn’t done that", Makeeva said.

Today, the 84-year-old woman recalls with tears what she had to witness.

"There were 15 of us on ​​20 square metres. Bedbugs, lice… An epidemic started. Typhoid, scurvy. People started dying. Poor nutrition resulted in increased mortality among prisoners. In our family of seven, three died of hunger. Nettle didn't have time to grow because it was eaten immediately. For violations, people were flogged with willow rods soaked in saltwater. Sometimes there were rubber whips with metal washers", Makeeva recalled.

According to her, there are very few surviving ex-prisoners of the Finnish concentration camps and all of them are 80-90 years old.

The woman told Sputnik that she was very sorry that the Victory Parade in Moscow had been postponed due to the coronavirus pandemic. Makeeva is among the guests of honour, but is afraid that she won’t be able to attend the parade later. "I feel unwell; I literally live on enthusiasm", she complained.

© Sputnik / Григорий Чертов
Red Army soldiers greet one another after an operation to lift the siege of Leningrad.

In total, the Finns built several dozen camps for "non-national" civilians in the Karelo-Finnish SSR in 1941-1944. In early April 1942, there were about 24,000 prisoners – about 30 percent of the occupation zone population.

According to the declassified data, these were mainly Slavs - more than 90 percent of them were Russians, Belarusians, and Ukrainians. According to historians, over the years the camps existed, about 50,000 people went through them; from 1941 to 1944, the Finnish fascists built 14 concentration camps, with six of them in Petrozavodsk.