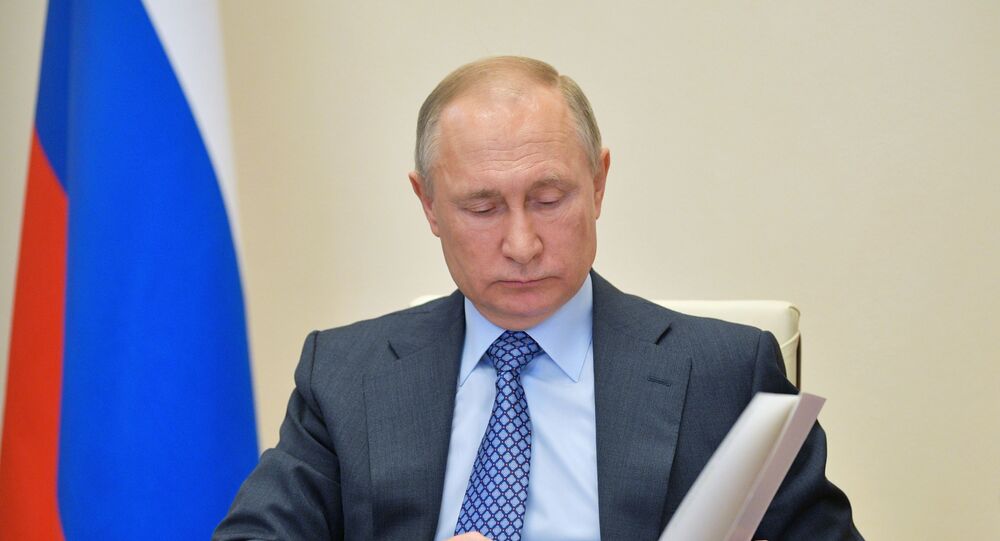 The Russian government previously introduced other measures to support smaller companies allowing them to defer social payments for their workers by up to six months and delay their tax payments as well.

Russian President Vladimir Putin has suggested new measures to support small and medium businesses by providing them with grants to continue paying salaries to workers instead of laying them off due to economic difficulties caused by the coronavirus pandemic. He added that companies will be able to apply for such assistance until 1 May.

At the same time, the Russian president proposed including companies hit hardest by the pandemic, such as department stores, to the list of small- and medium-sized businesses. He noted that all measures must be properly evaluated jointly by officials and businesses.

"The situation is changing rapidly. I ask the government along with regional authorities and business unions to constantly monitor the effectiveness and adequacy of the measures [of economic support]. It's obvious that we will need new measures, not for the economy in general, but for specific spheres as well", Putin said.

Putin separately suggested allocating over 23 billion rubles ($308 million) to support the aviation industry, which remains one of the most affected by the global pandemic as most flights have been cancelled and many countries have closed their borders.

The Russian government earlier allowed businesses to delay their tax and social security payments for up to half a year to help them cope with the consequences of the coronavirus pandemic as many companies were forced to put their activities on a pause due to quarantines and reduced demand.

Russian President Vladimir Putin also touched upon the topic of the recently signed agreement by OPEC and non-OPEC oil producing countries, stressing that it was important for all the participants to the deal to abide by their new commitments to cut oil outputs. The president further stated that he will keep in touch with the key partners to the deal to discuss all issues that arise.

Over the weekend oil exporting countries were discussing the new OPEC+ stipulating a nearly 10% cut in global crude output to stabilise prices on energy markets. Some 9.7 million barrels will be removed from daily production globally between May and June with additional cuts expected by the end of 2020 and in April 2022.