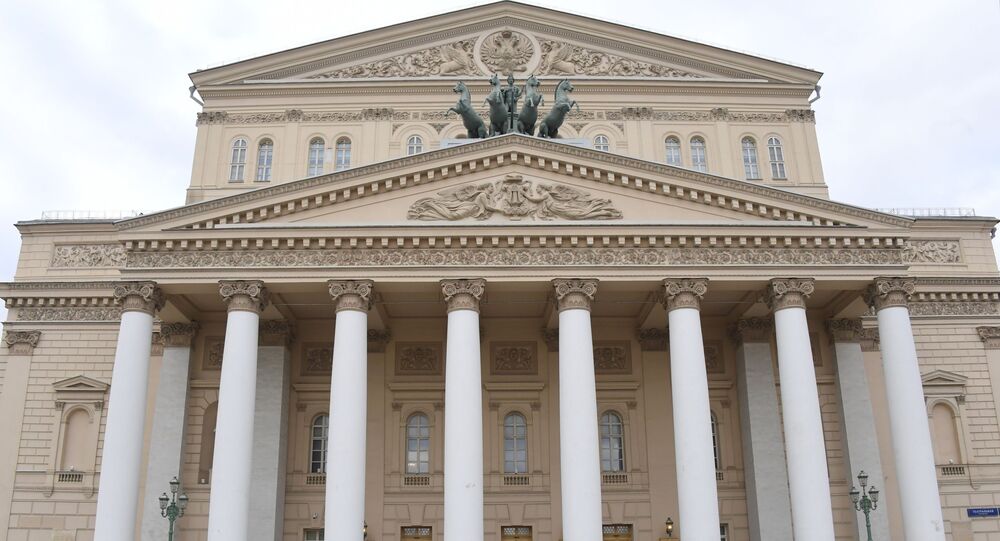 The Moscow-based threatre had earlier cancelled all tours and performances scheduled from 27 March to 10 April, as city authorities banned gatherings of more than 50 people to curb the spread of the coronavirus outbreak.

In case you've ever wanted to visit Russia’s iconic Bolshoi Theatre, you will now have a chance to do it online.

The Bolshoi will be streaming its performances on YouTube for the first time ever starting Friday, it has announced in a joint statement with Google, which owns the video platform.

A total of six pre-recorded shows will be streamed through 10 April. The surprise ‘online spring season’ will open with the timeless ballet Swan Lake, followed by the operas The Tsar’s Bride and Boris Godunov, and the ballets Sleeping Beauty, Marco Spada and The Nutcracker.

The shows will be available to users from around the world live on Bolshoi’s official YouTube channel and for 24 hours afterwards.

Each stream will start at 19:00 Moscow time (GMT+3). Subscribe to Bolshoi’s channel to get notifications.

On 16 March, the same day Moscow authorities banned public gatherings of more than 50 people, the theatre cancelled all shows and tours scheduled from 27 March to 10 April.

The following day, Russia’s culture ministry shut down all state-run theatres, museums, exhibitions and other cultural institutions as part of the effort to contain the spread of the coronavirus. The country has also shut its borders to all foreigners until 1 May and ramped up production of medical equipment.

Russia registered 182 new cases reported in the past 24 hours, bringing the total number of patients to 840. There have also been three coronavirus-related deaths so far; all victims were elderly people in their 70s or 80s.

President Vladimir Putin on Thursday announced a week-long paid holiday starting from 29 March. Essential services like public transport, groceries banks and pharmacies will continue to work as normal during that time.