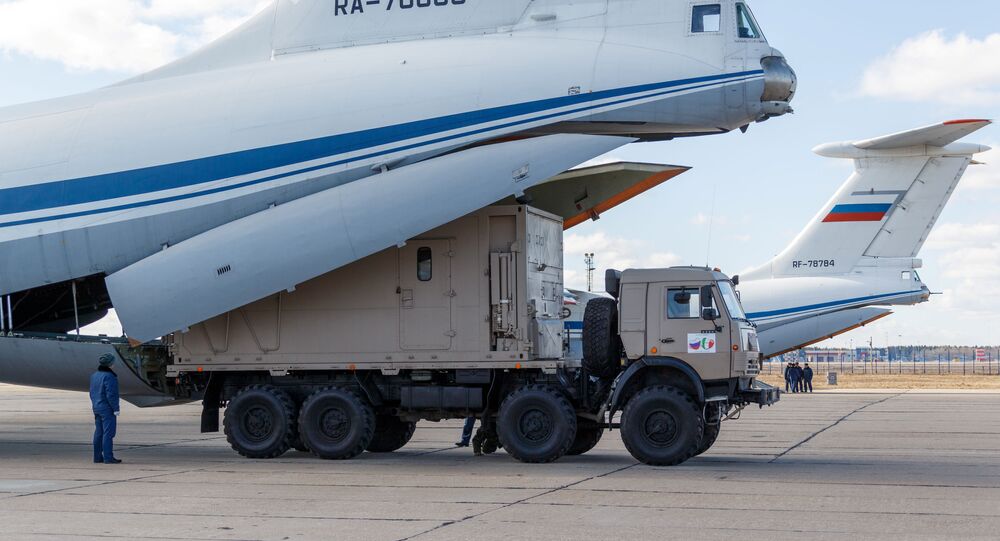 ROME (Sputnik) - Russian Ambassador to Italy Sergei Razov categorically refuted reports that Russia would allegedly require Italy to "pay the bill" by asking Rome to lobby for the lifting of EU sanctions for the assistance in the fight against the COVID-19 epidemic.

The Russian military arrived in Italy to help fight COVID-19 following talks between Russian President Vladimir Putin and Italian Prime Minister Giuseppe Conte. The military was equipped with mobile disinfection systems and laboratories, which make it possible to determine the type of infection as soon as possible. Russia has sent total of 15 military aircraft to Italy.

"How do you imagine such a demand from Russia?" the ambassador said in an interview with the Askanews agency, when asked to comment on the allegations.

Razov stressed that Russia's selfless assistance to Italy was not a subject of bargaining or "paying bills."

"I was surprised to read today in a reputable Italian newspaper that a significant part of equipment delivered by Russia was not necessary, and that our help was motivated primarily by some political propaganda considerations," the diplomat said, referring to the publication of La Stampa.

La Stampa's author claimed that Russia had sent high-ranked officers who arrived in Italy, noting that 80 percent of assistance from Russia was useless.

"It seems to me that it would be better to ask the people of Bergamo, among whom, unfortunately, there are many sick and dead. As for politics and propaganda, in my opinion, such judgments are the product of a perverted consciousness when someone sees wicked plans behind an unselfish desire to help friendly people in trouble," Razov said.

Italy is fighting against a severe coronavirus outbreak, by far the worst outside of China. The country saw 3,491 new cases in 24 hours, bringing the total to 57,521 active cases, in addition to 7,503 deaths and 9,362 recoveries. This marks, however, the decline in the number of the new cases for the fourth day in a row.

US, Italy to Perform Observation Flight Over Russia