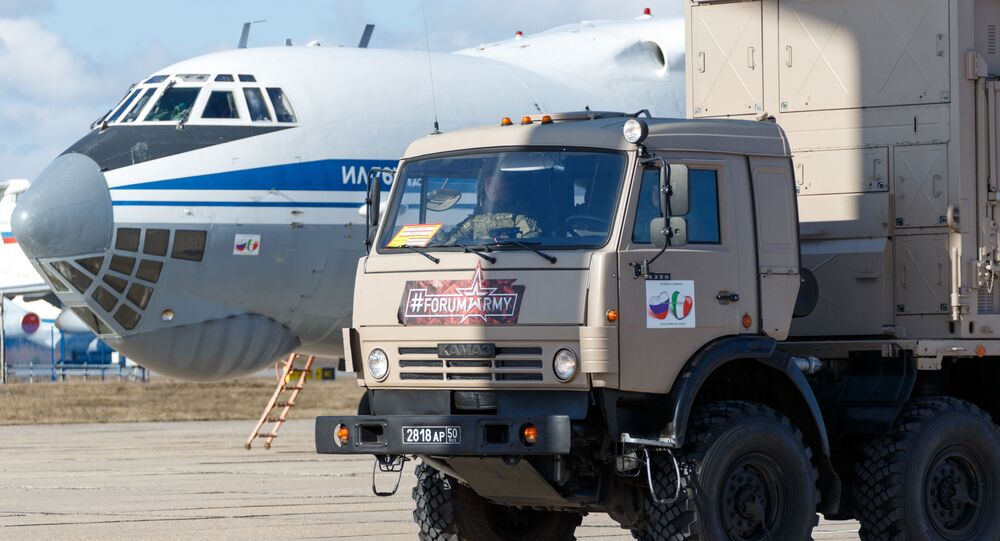 Moscow has offered to help Italy battle the pandemic since the European nation has been one of the hardest hit on the continent, reporting over 47,000 infected and some 5,986 dead, even more than in China.

The Russian military has sent seven planes carrying humanitarian assistance for Italy to help it fight the COVID-19 coronavirus pandemic. Nine Russian military cargo planes in total will arrive in Italy over the next few days.

The aid was assembled on short notice after President Vladimir Putin called Italian Prime Minister Giuseppe Conte to offer Russian aid to the European country, which the latter gladly accepted.

Helping With Resources and Specialists

The Russian planes will be landing at the Pratica di Mare Air Base, just 30 kilometres from Rome, bringing tonnes of supplies useful for Italian patients and doctors. The cargo bays of the Il-76 (NATO reporting name: Candid) military cargo planes are loaded with personal protection suits, medical equipment needed for treatment, and mobile sanitising devices that will be used to clear public transport and streets of the dormant virus.

The help doesn't stop there. Along with humanitarian aid, Moscow is also sending around 100 hundred specialists trained in treating virus infections and stopping pandemics. According to the Russian Ministry of Defence, these highly experienced experts worked to tackle Anthrax outbreaks and took part in developing a vaccine for the Ebola virus, which claimed the lives of over 11,000 people in its last outbreak.

A Ray of Light in a Dire Situation?

The situation in Italy remains complicated. The country has reported the second highest number of infected, over 47,000, but it suffers from an abnormally high mortality rate from COVID-19 - nearly 10%, while most countries report rates no higher than around 4%.

The country is achieving a certain degree of success in fighting the disease with 7,024 people reported to have been cured, 943 in the last day alone. But at the same time, Italy has been reporting over 5,000 new cases on a daily basis.

"I will be visiting Pratica di Mare in the afternoon to follow closely, in close coordination with the Minister of Defence and Commissioner [Domenico] Arcuri, the arrivals of the 9 planes from Russia that will bring new medical equipment to Italy" the foreign minister said in his tweet.

Country's authorities welcomed humanitarian aid from other countries, including Russia. Italian Defence Minister Lorenzo Guerini extended his gratitude for Moscow's timely help in a conversation with his Russian colleague, Sergey Shoigu. Foreign Minister Luigi Di Maio thanked all the countries that contributed humanitarian assistance for the Republic and shared that he will be personally greeting the nine planes with aid coming from Russia on 22 March.