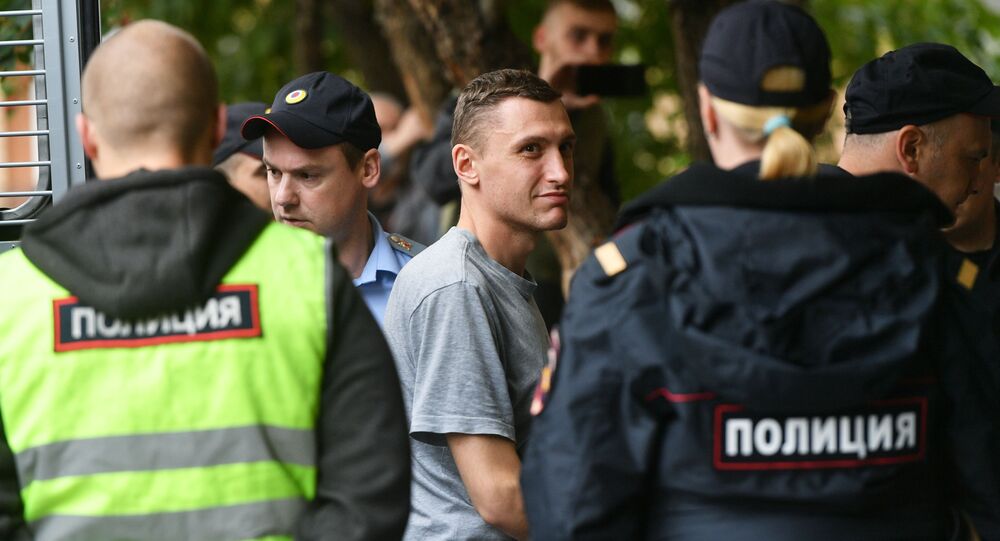 ST. PETERSBURG (Sputnik) - Earlier, Konstantin Kotov sent a complaint to the Constitutional Court asking to check Article 212.1 of the Russian Criminal Code, under which he had been convicted for violations during protests, for compliance with the Constitution.

Russia's Constitutional Court ordered the courts to review the case of activist Konstantin Kotov, convicted for violations at protest rallies.

Earlier in the day, Kremlin Spokesman Dmitry Peskov said that the order of Russian President Vladimir Putin to verify the lawfulness of the verdict given to Moscow activist Konstantin Kotov, who was sentenced to four years in prison for repeated violations during unauthorized rallies, is connected with journalists' appeal and not with the reshuffle in the Prosecutor General's Office.

On 25 January, the Kremlin press service said that Putin had ordered the Prosecutor General's Office to investigate whether the guilty verdict for Kotov had been lawful. In December 2019, Putin pledged during his annual press conference to look into the case of Kotov.

© Sputnik / Grigoriy Sysoev
Protesters March in Solidarity With Freed Journalist Ivan Golunov in Moscow
According to Peskov, Putin's instruction regarding Kotov's case is "solely" connected with the fact that one of the journalists addressed this request to the president at the end of the annual press conference and asked the president to "pay special attention to the case". Kotov was detained shortly after an unauthorised demonstration in downtown Moscow on 10 August. In September, a Moscow court sentenced him to four years in a general regime penal colony, citing his repeated violations at rallies.

The defendant pleaded not guilty and appealed the ruling.