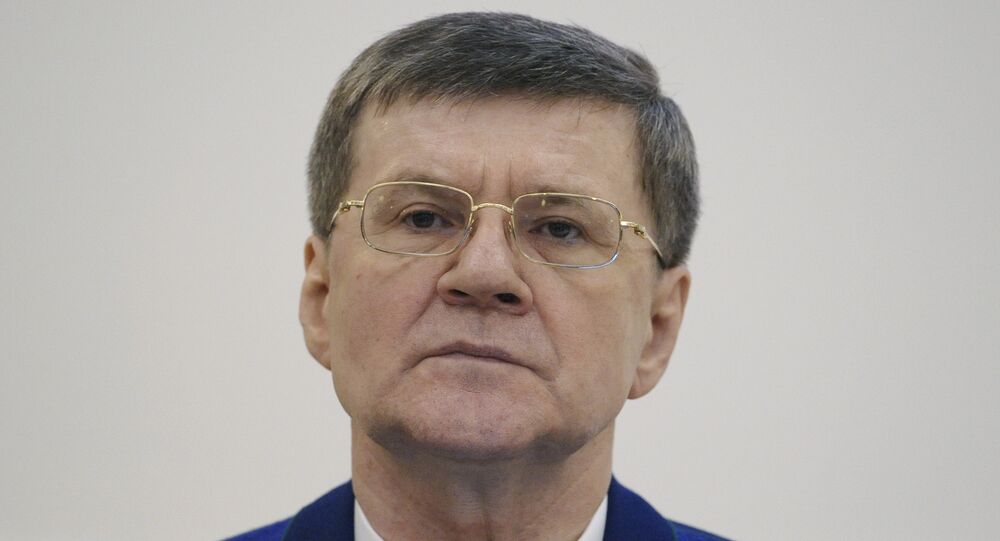 Putin Thanks Chaika for Work on Prosecutor General's Post

MOSCOW (Sputnik) - Putin on Tuesday met in the Kremlin with Chaika and deputy head of the Investigative Committee Igor Krasnov, whose candidacy had been proposed by the head of state for the post of the prosecutor general.

Russian President Vladimir Putin thanked outgoing Prosecutor General Yury Chaika for his work and noted his contribution to strengthening the rule of law in Russia.

He said he hoped Chaika's groundwork would be used by new prosecutor general, and asked Krasnov to pay attention to the fight against corruption.

Kremlin spokesman Dmitry Peskov told reporters Chaika had received the offer to become the Russian presidential envoy to the North Caucasus Federal District, but added that the decree had formally not been signed yet.

Yury Chaika, 68, was born in Nikolayevsk-on-Amur, a city in Khabarovsk Krai.

He occupied the post of 5th Prosecutor General since 23 June 2006, preceded by Vladimir Ustinov. During his term in office, Chaika led a number of high-profile anti-corruption investigations.

The development comes as the Russian government announced its resignation on 15 January following President Vladimir Putin's address to the parliament, in which he revealed major changes to the country's domestic policies and the constitution.