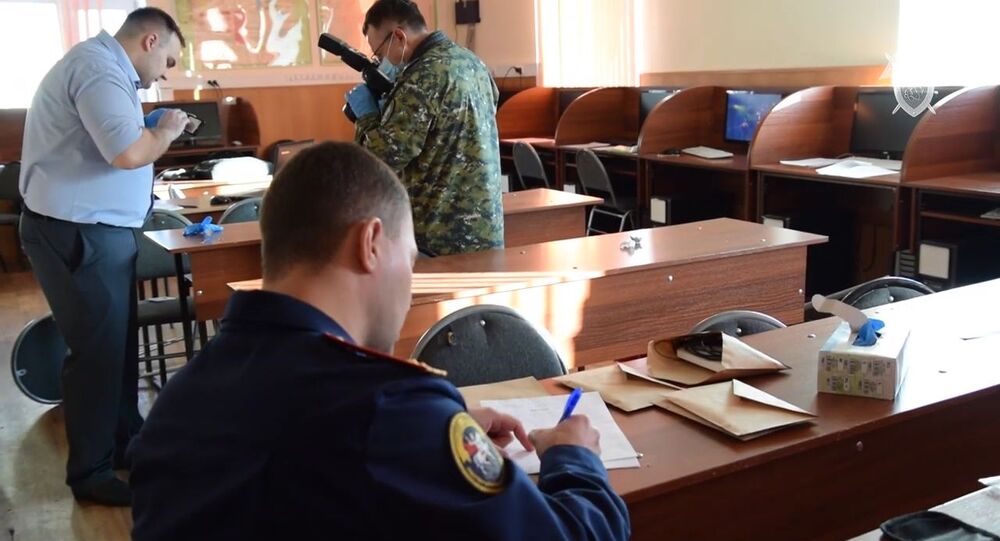 BLAGOVESHCHENSK (Sputnik) – The city court of Blagoveshchensk arrested a college security guard on Tuesday for letting the student who carried out the deadly shooting last week into the college building, a Sputnik correspondent reports.

According to the investigators, the shooter carried his weapon past the college security guard in a backpack and then loaded the gun in a bathroom.

"The court ordered to hold [Oleg Ermolov] in custody for two months, until 14 January 2020", the judge announced at the Blagoveshchensk city court on Tuesday.

On 14 November, a 19-year-old student opened fire inside the college of construction and utilities in Blagoveshchensk, killing one person and injuring three others before taking his own life. The Russian Investigative Committee has opened a criminal case; according to preliminary results, the shooting occurred because of a personal conflict.

Ermolov, who was on duty on the day of the shooting, said on Tuesday that he did everything possible.

"I do not consider myself guilty, I did everything in my power, brought people out, called the emergency people. I am not even an actual security guard, I don’t have a certificate", Ermolov said in court.

According to the Russian National Guard in the Amur Region, the guard who was on duty at the Blagoveshchensk college on the day of the shooting had a temporary document and was properly registered.

On Monday, an official from the Ministry of Health of Russia’s Amur Region said that the condition of two of the three students injured in the shooting was improving.

One of the students was going to be discharged from the hospital in the coming days, the official said.

Early on Tuesday, a college spokesperson said that classes have resumed as normal.

What is Known So Far About the Shooting at Blagoveshchensk College, Russia