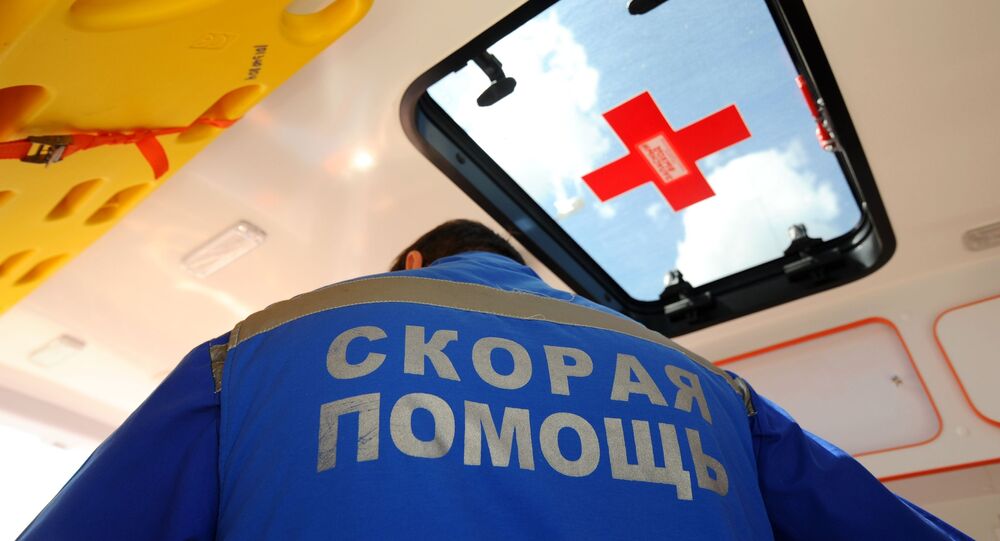 BLAGOVESHCHENSK, Russia, (Sputnik) - Two people died and three others were wounded in a shooting incident at a college in Russia's Far Eastern city of Blagoveshchensk, the Health Ministry of the Amur Region told Sputnik, citing preliminary data, on Thursday.

"According to preliminary data, one person died and three people were injured in the shooting at a college. Those injured include two teenagers and a young man," the ministry said.

According to the local authorities, a conflict between two classmates might have been the reason behind the shooting.

The young man who perpetrated the shooting killed himself, the Amur Region branch of the Russian Interior Ministry said.

"According to preliminary data, the perpetrator committed a suicide, using his own gun. It was registered in this citizen's name", a statement, published on the ministry's website, read.

The mayor's office of Blagoveshchensk is convening an emergency commission on security measures in the city in the wake the shooting, the mayor's spokeswoman, Elena Kasimova, said.

"After the incident was reported at 112 [emergency phone number], the emergency center redirected the call. All emergency services, the mayor and the deputy mayor left for the scene. The mayor is currently convening an emergency commission on security measures in educational institutions", Kasimova said.

"A tragedy took place today at the Amur college of construction and utilities — a shooting that left two people killed and three injured. Law enforcement services and investigators are working at the scene. Details, motives and reasons [behind the incident] — the officers are working on it now. At the moment, we know that the attacker acted alone and he is deceased", the governor wrote on social media.

The Investigative Committee of Russia has sent officers from Moscow to assist police in the probe. At the moment there are no reports on what caused the 19-year-old man to commit the massacre and then kill himself.