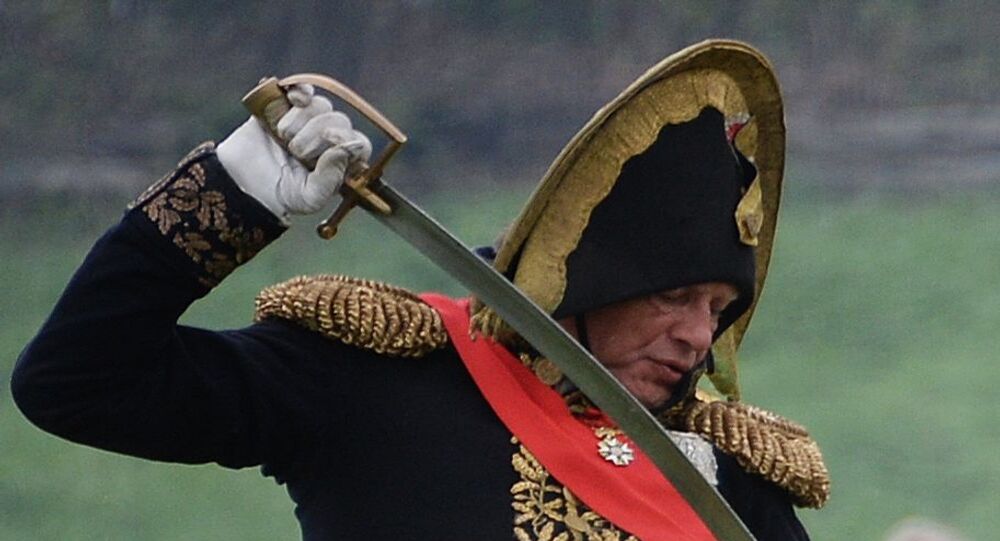 A drunk man in his 60s was reportedly found on Saturday morning freezing in Saint-Petersburg's river Moika with a backpack containing some gruesome contents. The man was taken to a local hospital for hypothermia, and police quickly launched a criminal investigation after looking inside the bag.

According to Russian-based media reports, investigators discovered human female arms and a gun in the backpack belonging to the man, who was later identified as a well-known professor and French history expert at a prestigious university in St. Petersburg, who dealt primarily with the Napoleonic age.

The suspect is identified as Oleg Sokolov, 63, a senior staffer at Saint Petersburg State University (SPbU). Sokolov reportedly enjoyed a sexual relationship with a 24-year-old former female student and, according to the investigation cited by Russian media, both were earlier engaged in various research projects about the Napoleon era while participating in historical roleplay including authentic dress, and re-enactment of certain events of the era.

On Thursday, Sokolov allegedly killed his purported lover in an act of jealous rage, according to unconfirmed claims, cited by the media. One day later, the professor - a man who has been decorated with the Legion of Honor - the highest French order of merit - for his scientific and public works, attempted to dispose of the young woman's body by dismembering it.

According to investigators, Sokolov sought to bury his terrible grief with alcohol while attempting to erase the traces of his sinister perpetration with a hacksaw. Police reportedly later found the corpse in his bloodstained apartment.

Late on Friday night, Sokolov went to the river to sink parts of the body but could not make the backpack sink, media said, citing investigators. It is not known whether the crazed murderous professor leapt into the river or accidentally fell into the water out of drunkeness.

The decorated professor later on Saturday confessed to his brutal crime, according to the defence team cited by the media.

According to the media, citing former students and colleagues of Sokolov, the professor had a bad temper and a record of domestic violence. Reports claim that no charges were brought against him due to his professional reputation and support from fellow colleagues, who reportedly worked to bury earlier accusations that might have been used to prevent the tragedy.