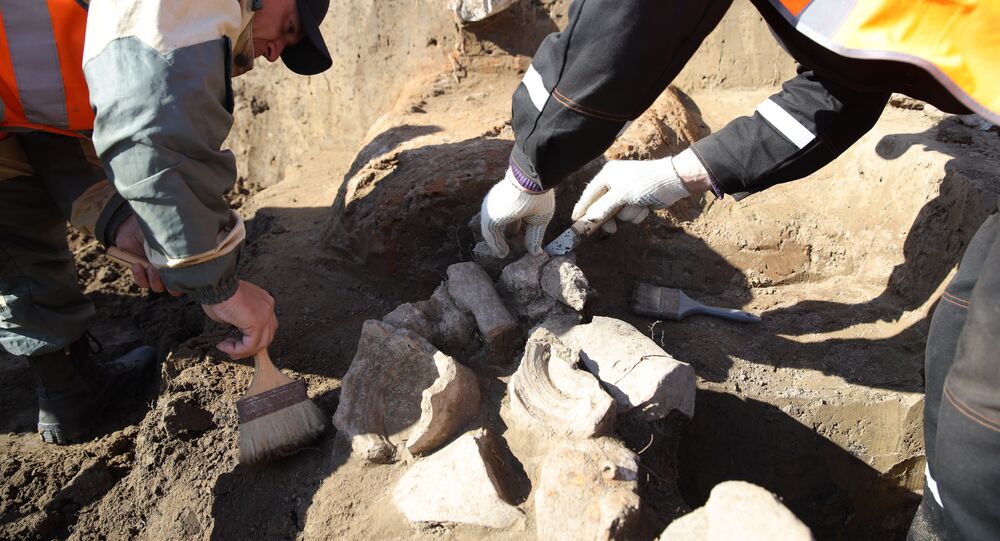 YAROSLAVL (Sputnik) - Archeologists found what could be the remains of a Napoleon's general, Charles Etienne Gudin while digging at a rampart in the Russian city of Smolensk, a vice chair of the foundation on Russian-French historical projects told Sputnik.

"The digging took a while, we were looking for the remains of French general Gudin, one of Napoleon's closest allies. He was mortally wounded at a battle of Valutino and, according to various sources in Russia and in France, he was buried right here. And now we have found the remains that are very likely to be those of general Gudin, based on some indirect indications," Maria Katasonova said.

According to Katasonova, the remains that were found are missing a left foot.

"The general had exactly this kind of wound, and that is why he died. But, of course, we can state something with 100 percent certainty only after the DNA test. There is a direct descendant of general Gudin, who may provide a sample for analysis, he has already agreed to come to Moscow," Katasonova said.

Archaeologists found the walls of a wooden coffin, badly preserved, and coffin nails.

According to Katasonova, if the remains are confirmed to be those of the general, they will be reburied in France.

Gudin's name is inscribed on the Arc de Triomphe in Paris.

The general participated in Napoleon's 1812 campaign against Russia, which resulted in a Russian victory.