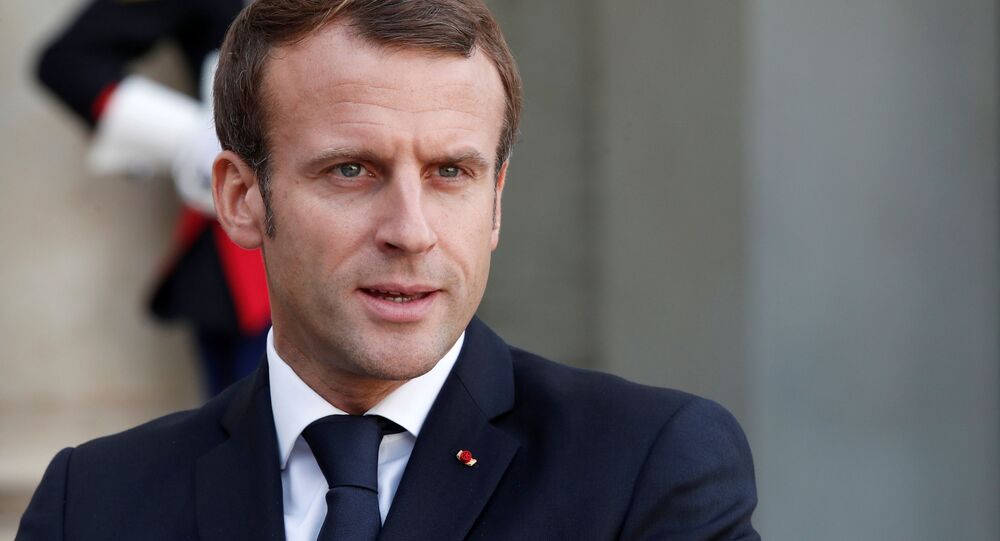 MOSCOW (Sputnik) - Kremlin spokesman Dmitry Peskov has commented on French President Emmanuel Macron's claim that NATO is experiencing "brain death", refusing to provide any estimate of the condition of the alliance.

"It is not up to us to decide whether NATO is dead or alive, and which of its body parts have lapsed into coma. We are not forensic pathologists", Peskov told reporters on Friday, when asked to comment on Macron's assessment.

Macron said in an interview with The Economist magazine that NATO is brain-dead due to the fact that the United States is no longer leading it. NATO Secretary-General Jens Stoltenberg and German Chancellor Angela Merkel have said that they do not share this harsh stance.

Moscow is already applying all the elements included in French President Emmanuel Macron's scenarios of Russia's development in its mutually beneficial cooperation with other nations, according to Peskov.

According to Peskov, the scenarios for Russia voiced by French President Emanuel Macron stand out among various superficial and Russophobic views provided by a number of expert circles, Peskov added.

"This is a much more thoughtful approach that appeals to the Russian side, including the Russian president, who, as you know, appreciates his contact with the French president and highly appreciates those discussions on the bilateral relations and on regional issues that regularly take place between the two heads of state", Peskov told reporters.

At the same time, he noted that the scenario for the development of Russia is for the president to decide, "to whom people delegated the right to choose a development scenario by electing him".

Earlier, in an interview with The Economist, Macron said he saw three scenarios for the development of Russia: the ability to restore the status of a superpower by relying only on its own resources, a transition to a “Eurasian model”, and finding a new balanced scheme of relations with Europe.