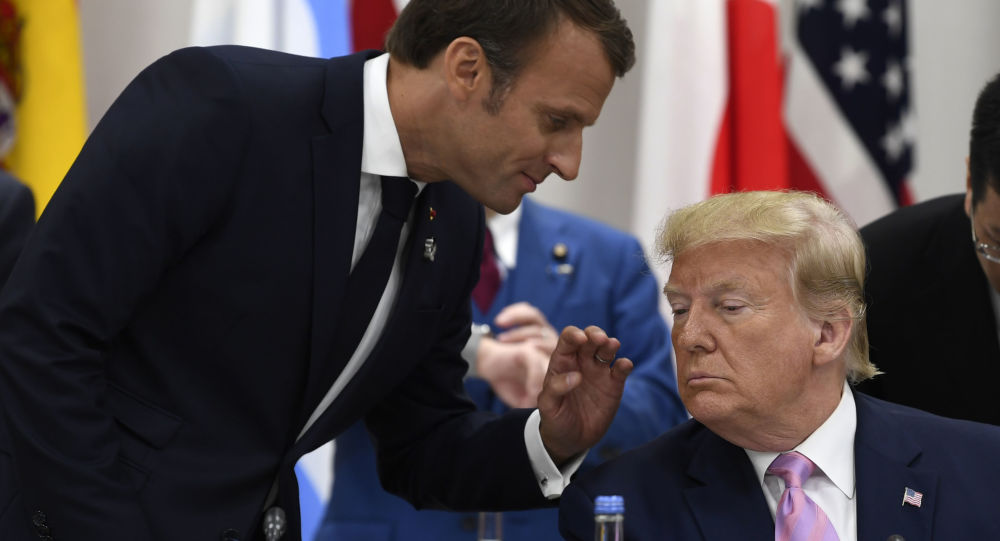 French President Emmanuel Macron Takes Jab at Trump, Saying the United States Will Be Edged Out

The French head of state’s comments come as the Trump administration has begun the process to formally withdraw the United States from the Paris Climate Agreement that President Barack Obama signed in 2014.

French President Emmanuel Macron has said that US President Trump’s decision to leave the Paris Climate Accord “won’t change the course of things” and took a dig at the US head of state without mentioning him by name. Macron’s statement came after he and Chinese President Xi Jinping signed a pact recommitting Paris and Beijing to the climate deal. The French leader noted that Trump’s decision to withdraw from the pact would result in the United States being edged out.

"I deplore the choices made by some others, but I want to see them as marginal choices, because when China, the European Union, Russia, which ratified the Paris Agreements a few weeks ago, engage with firmness, the isolated choice of one or another (country) is not enough to change the course of the world, it will only lead to them being edged out", said French President Macron.

Chinese President Xi Jinping also took a jab at President Trump without directly naming him. The Chinese leader said that Beijing, which is the world’s worst polluter, opposes the law of the jungle and intimidation.

The Trump administration started the process to formally pull the country out of the Paris Climate Accord a day after more than 11,000 scientists released a report saying that the world needs to act quickly if it wants to avoid “untold suffering” that would be brought about by global warming.

The Paris climate pact went into force in 2016, with 187 nations ratifying the accord, which calls for the parties to set targets for reducing greenhouse gas emissions, preventing the planet from warming by more than 1.5 degrees Celsius.
President Trump has called climate change a hoax and reversed the Obama-era decision.