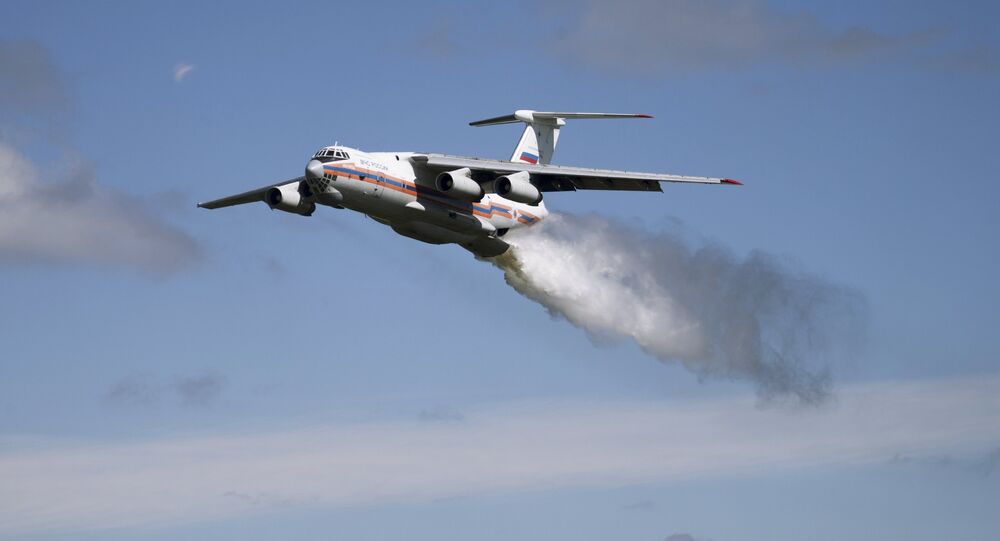 Wildfires raging in Siberia and several other Russian areas since late July have now been extinguished. The state of emergency imposed earlier in several regions, including the Krasnoyarsk Territory, Republic of Buryatia, Republic of Sakha (Yakutia) and Irkutsk Region has been lifted.

The Aerial Forest Protection Service - the government agency charged with the management of forest fires - said early on Monday that all active wildfires in Russia were extinguished. According to the agency, the last 7 sets of wildfires were extinguished over the last 24 hours.

Since the start of the extinguishing operation, Russian military and special aviation assets have reportedly dropped thousands of tonnes of water on forest areas affected by the calamity. In particular, specially-equipped Il-76 jets and Mi-8 helicopters have made hundreds of sorties.

The calamity spread across 6.7 million acres, according to earlier information provided by the Russian Emergencies Ministry.

Russian authorities have not ruled out that there could be a possible link between this summer's raging wildfires in Siberia and illegal deforestation. Russian law enforcement agencies have launched an investigation into the matter.