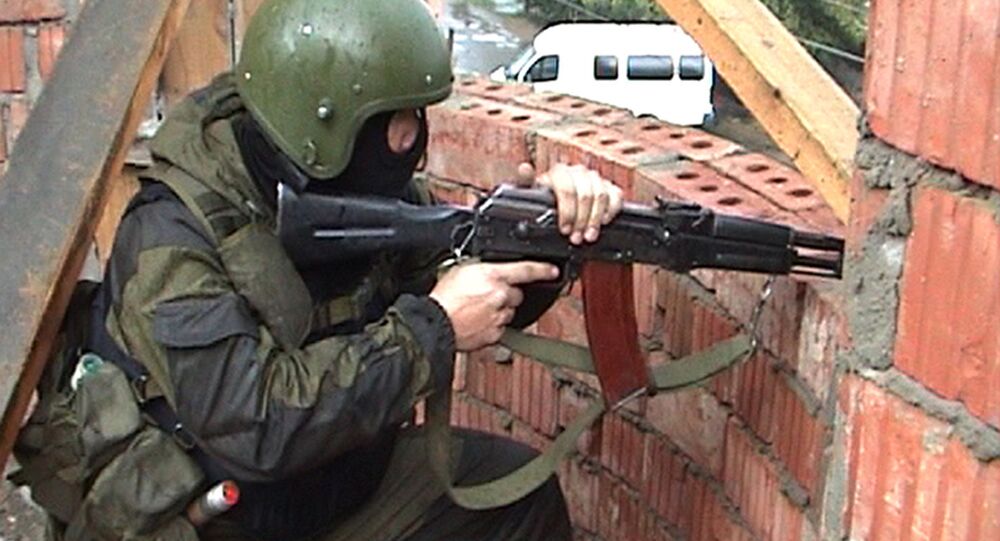 Two supporters of the Daesh terrorist group (outlawed in Russia) were neutralized in Russia's southern Republic of Dagestan while planning attacks against law enforcement employees, according to the National Anti-Terrorism Committee (NAK).

"Residents of Makhachkala were supporters of the Islamic State international terrorist group, outlawed in Russia. Acting at the orders from its leaders, they acquired firearms, a car and were planning to carry out an attack on law enforcement employees," the committee's news service said.

According to the NAK statement, arms and munitions were found at the site of the shootout.

There were no injuries among civilians or security forces, the NAK said.

In March, the Russian Federal Security Service (FSB) conducted a special operation in the Russian city of Tyumen after Daesh members planning to carry out a terror act were located in one of the residential buildings of the city. As a result of the operation two Daesh associates were killed.