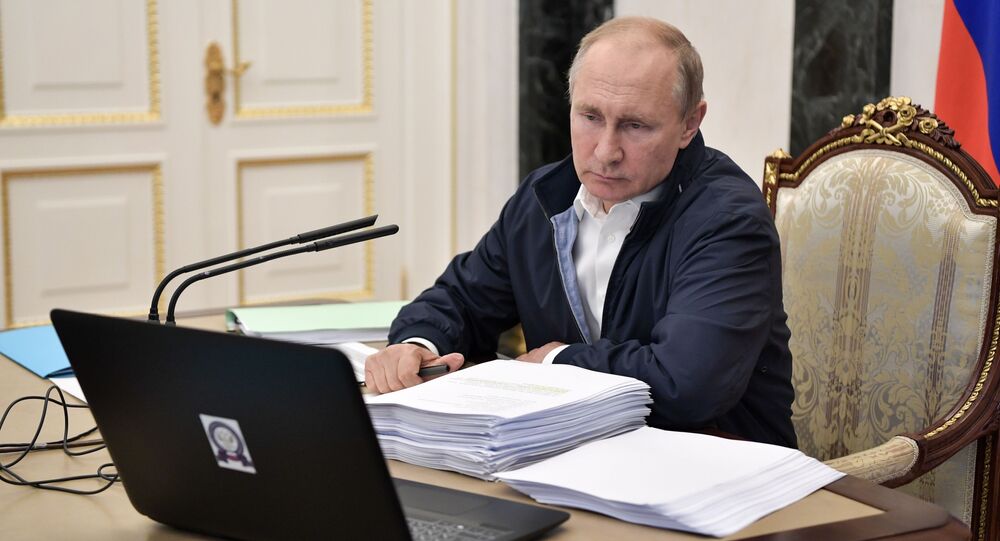 "President Vladimir Putin signed the decree On Certain Measures to Ensure the National Security of the Russian Federation and Protection of Russian Citizens from Criminal and Other Illegal Actions," the press service said in a statement.

The decree orders Russian air carriers to temporarily stop passenger flights from Russia to Georgia starting  8 July 2019. It also advises Russian tour operators and agents to suspend sales of tours to Georgia until the ban is lifted.

The decree also instructs the Russian government to take measures to ensure the return of Russian citizens temporarily staying in Georgia, as well as their luggage, back to Russia.

"The Russian Foreign Ministry, together with other relevant federal executive bodies and organizations, must establish coordination with the Georgian authorities in resolving issues related to ensuring security of Russian citizens and their return to Russia," the document says.

This comes after the Russian Foreign Ministry issued a statement earlier in the day in which it strongly advised Russian citizens to refrain from visiting Georgia in the interests of their own security.

Protests erupted in Tbilisi on Thursday over Russian delegates' participation in the session of the Interparliamentary Assembly on Orthodoxy. Radicals tried to storm the parliament's building, demanding the resignation of parliament's speaker and other officials. The rally was dispersed by special forces, who used tear gas, rubber bullets and water cannons.