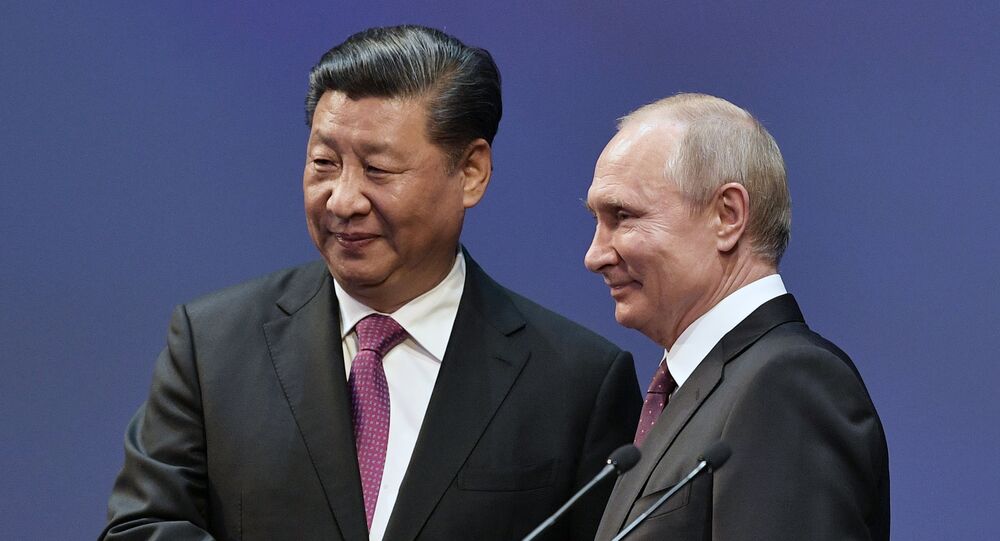 Kremlin Spokesman Says It's Wrong to Presume Russia, China Coordinating Efforts Against US

PETROPAVLOVSK-KAMCHATSKIY (Sputnik) - Kremlin spokesman Dmitriy Peskov said on Sunday that it was inherently wrong to presume that Russia and China were coordinating efforts against the United States, due to each country having its own relationship with the North American state.

"One of the defining qualities of Russia-China cooperation is that it is not directed against other countries or groups of states. This means that the question of whether [Russia and China] are coordinating against the United States is fundamentally wrong," Peskov told the Rossiya 1 broadcaster.

Peskov added that Russia and China had their own relationships with the United States. For Beijing, the main focus of those relations is trade and for Moscow — strategic security and disarmament.

The Kremlin spokesman also commented on Chinese President Xi Jinping's recent visit to Russia to attend the St. Petersburg Economic Forum (SPIEF) and meet with Russian President Vladimir Putin, saying that Putin enjoyed his time spent with the Chinese head of state outside of a formal environment, such as when the two leaders strolled through the streets of St. Petersburg, Putin's hometown.

Russia and China signed a total of 23 agreements in economy, investment and education sectors following talks between the Putin and Xi in Moscow on 5 June.