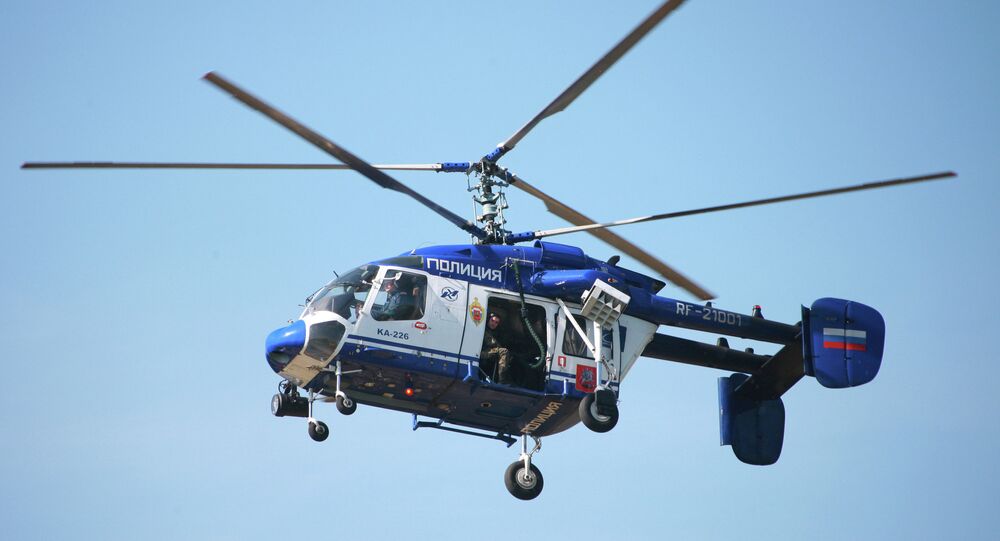 Engineers have entered the testing stages in the creation of the VK-800, a new family of turboshaft engines designed for use by light planes and helicopters including the Kazan ANSAT, the Ka-226, the Ka-126, and the Mi-54.

The project, undertaken by the Ural Civil Aviation Plant in Ekaterinburg and the JSC Klimov, has entered the testing and certification stage, and is expected to begin being fitted in aircraft in 2020, according to project chief designer Vitaly Loginov.

Once certification is complete, the engine family, which is designed to replace those bought from leading foreign manufacturers including Rolls-Royce, Safran Helicopter Engines and Pratt & Whitney, will begin mass production at a factory outside Moscow.

© Sputnik / Evgeny Odinokov
Russia, China to Sign Contract on Creation of Heavy Helicopter - Rostec
Speaking at a technical seminar at Moscow's Baranov Central Institute of Aviation Motors, Baranov said that testing of the engines began in 2018, with over 60 successful launches already carried out, with testing now being advancing to use aboard aircraft, with one helicopter converted into a flying laboratory.

According to JSC Klimov, the VK-800 project is aimed at the creation of a "modern, reliable, lightweight and inexpensive, economical engine." Developed for use aboard a variety of aircraft with a payload capacity in the 1,000-1,500 kg range, the 500-800 horsepower engine is said to include a simplified design which is expected to reduce production and operation costs.

According to distinguished military test pilot Vladimir Popov, the new engine family will help correct the "sad state of affairs" that came about in Russia in the 1990s, when the country's Soviet-era capacity to produce engines for lightweight aircraft was almost entirely lost.

Furthermore, the officer noted, Western sanctions against the Russian aerospace industry can only be welcomed, since they will only give impetus for further import substitution.

"Now all our light helicopters and planes can be fitted with domestic engines which are on par with imported ones. It can even be expected that the demand for lightweight aviation will increase, particularly among state customers, including law enforcement agencies, who prefer not to buy equipment with foreign components," Popov explained.

© Photo : irkut.com
Russia Switching to Domestic Composites for MC-21 Airliner Thanks to US Sanctions
In a related story, earlier this week, the Russian cabinet of ministers calculated that the cost to replace foreign-made composite wing materials for the new MC-21 airliner will run some 2.7 billion rubles (about $40.7 million US), with design, testing and production efforts pushing the MC-21's introduction back from late 2019 to late 2020.
...
Reddit
Google+
Blogger
Pinterest
StumbleUpon
Telegram
WhatsApp
670