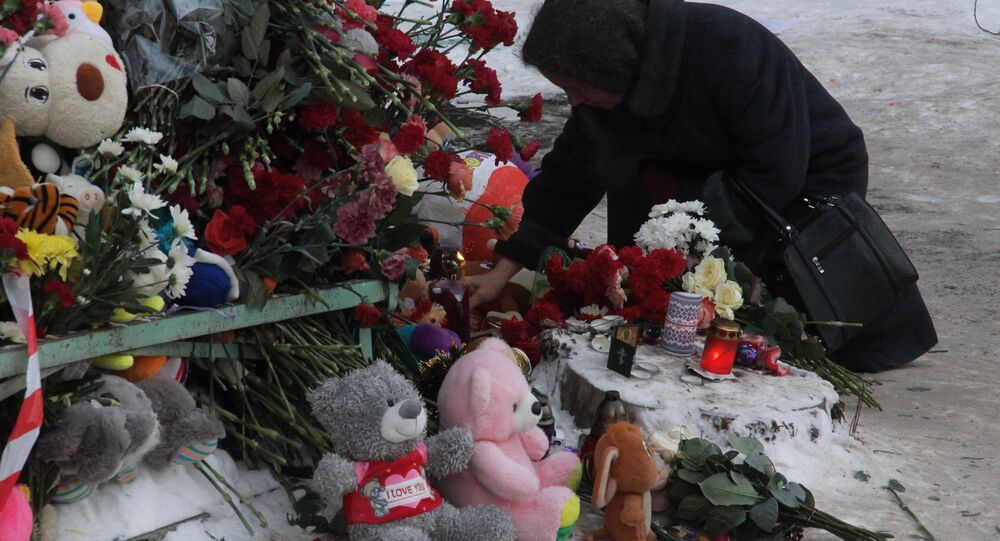 MAGNITOGORSK (Sputnik) - About 2,000 cubic meters (70,629 cubic feet) of rubble have been removed during a rescue operation at the blast site in the Russian city of Magnitogorsk, Alexander Chupriyan, the Russian deputy minister of civil defense, emergencies and disaster relief has said.

Alexander Chupriyan said Friday that the bodies of all 39 people, who had been killed by a partial collapse of a residential building, supposedly caused by a gas explosion, have been identified.

МЧС РФ
WATCH Ruins of Magnitogorsk Apartment Block, Filmed From Above
A 10-storey apartment block collapsed in Magnitogorsk on New Year's Eve, causing multiple casualties and destroying scores of apartments. The search and rescue operation on the site was ongoing until Thursday when Emergencies Ministry said no more people remained under the debris.

© RIA Novosti
WATCH: 10-Month-Old Infant Recovered From Collapsed Building in Magnitogorsk
Besides, the people affected by the tragedy will also receive assistance from the public as over $100,000 have already been donated, the governor's office said on Wednesday. Russia’s Sberbank said that it would donate 20 million rubles to support victims of the explosion. The bank also promised to consider settling loan debts of the families of victims.

The first funeral of victims from the collapsed residential building will reportedly take place on Friday.

According to the press secretary of the region's governor administration, the building will be split into two separate apartment blocks.