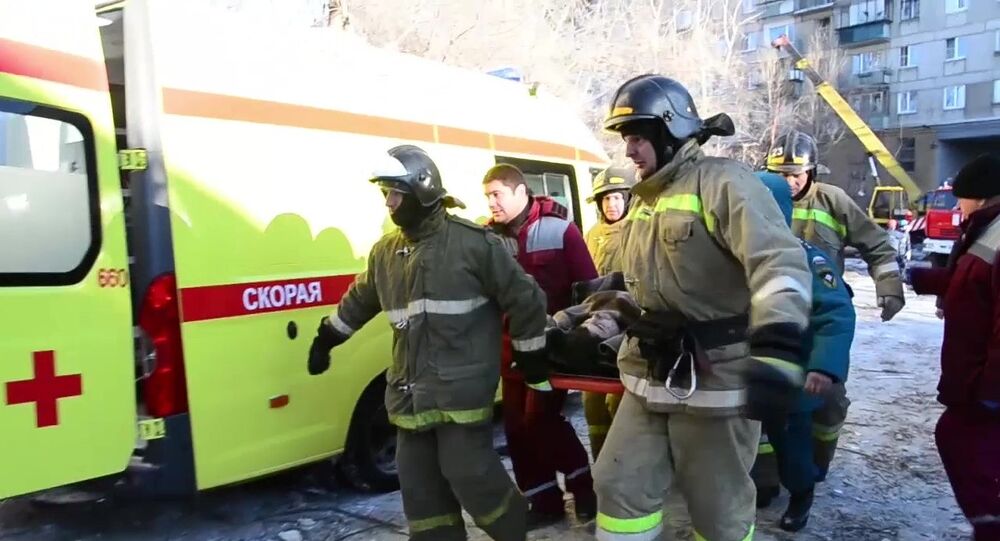 MAGNITOGORSK (Sputnik) - The death toll in a gas explosion that hit a residential house in the Russian city of Magnitogorsk, located in the southern Urals, has climbed to 24, the Russian Emergencies Ministry told Sputnik on Wednesday.

"The bodies of 24 people have been recovered," the press service of the emergency services said.

Earlier, the ministry reported that emergency workers found several bodies in the debris. The rescue operation is still underway. The fate of dozens of people remains unknown. Rescue works are hindered by the risk of debris collapsing.

Meanwhile, a representative of the regional office of the Russian Emergencies Ministry told reporters that the bodies of 19 victims had been identified, with some 20 people still unaccounted for. He added that it was so far impossible to assume in what part of the rubble other bodies might be found.

МЧС РФ
Rescuers Recover 2 Bodies From Collapsed Building in Magnitogorsk, Death Toll Hits 7
Russian President Vladimir Putin cut his New Year's holiday plans short to visit the accident site on the day of the disaster; 2 January was declared a day of mourning in the Chelyabinsk Region following the tragedy.

The collapse was reasoned by a natural gas blast on Monday that hit one of the sections of a 10-storey block of flats in Magnitogorsk, a city in Russia's Chelyabinsk Region, fully destroying 35 apartments and damaging 10 others.