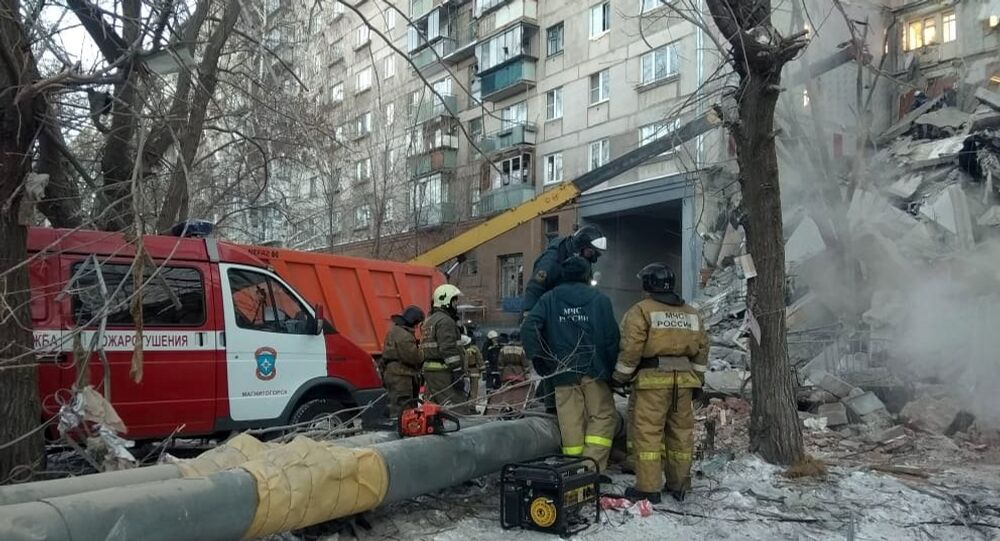 Earlier on Tuesday, rescuers found a baby, aged 10 months, under the debris of the collapsed block of residential properties that was hit by an explosion in the Russian city of Magnitogorsk, according to the press service of the Chelyabinsk Region's governor.

Russian media outlet Znak.com has released a video showing the rescue of a 10-month-old infant found under the debris of a collapsed building in Magnitogorsk, Chelyabinsk Oblast.

The rescue team is seen rushing to an ambulance carrying the child wrapped in a blanket.

READ MORE: Body of Another Victim Recovered From Debris of Collapsed House in Magnitogorsk

Earlier on Tuesday, the press service of the Chelyabinsk Region's governor said that the 10-month-old baby was found after spending more than 24 hours under the debris.

Moreover, the Russian Healthcare Ministry said in a statement that the infant was in a critical condition due to freeze burns and a closed craniocerebral injury.

A natural gas blast hit one of the blocks of a 10-storey building on Monday leaving at least eight people dead, six injured and dozens missing.

January 2 was declared a day of mourning in the Chelyabinsk Region, following the tragedy, according to an order published in the official Telegram channel of the region's governor, Boris Dubrovsky.