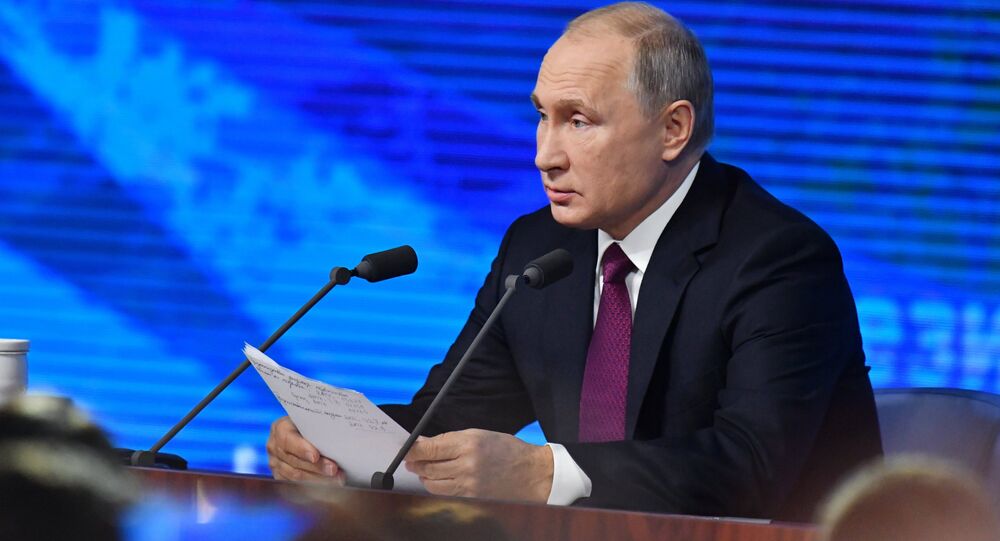 A record 1,700 journalists from Asia, Europe, the US and the Middle East have been accredited for this year’s press conference with Russian President Vladimir Putin.

President Vladimir Putin is holding his traditional end-of-the-year press conference on Thursday – the first since the beginning of his new presidential term. The much-anticipated event is taking place in Moscow’s World Trade Centre and is being translated into English, French and German for the convenience of foreign reporters.