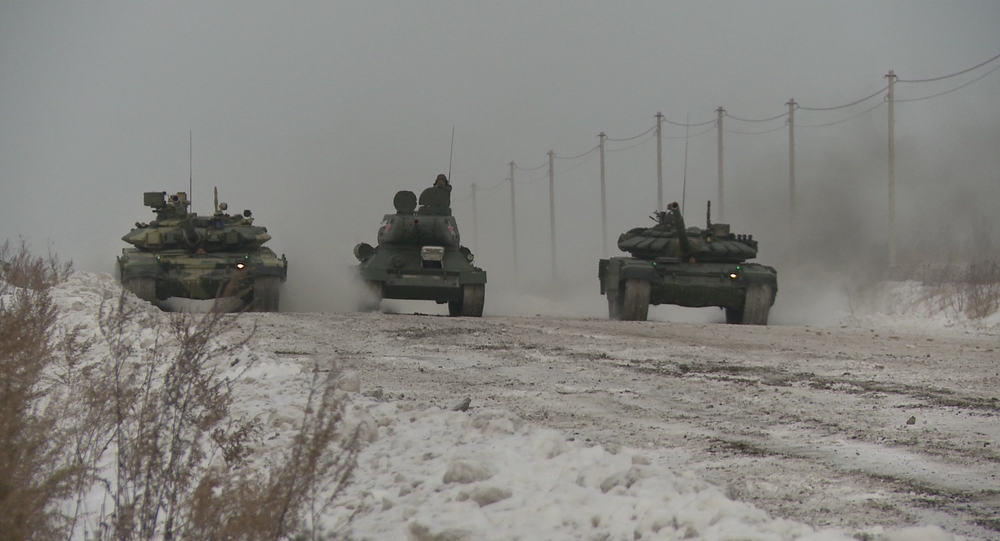 On Egypt Defense Expo (EDEX-2018) opening day, one of its participants, the Russian tank manufacturer Uralvagonzavod, celebrates the 120th birthday of the eminent inventor of T-34 tanks, Mikhail Koshkin.

UVZ paid homage to the designer with an unusual competition; for the first time in history, a drag race of three generations of tanks, T-34, T-72 and T-90C, was held at a proving ground in the far-off Urals region in the blistering —20Cº cold. All these military vehicles are the trademark of the manufacturer from Russia.

Director general of Uralvagonzavod, Alexander Potapov, who is now in Egypt at the EDEX-2018 arms and defense fair, commented on the occasion of Mikhail Koshkin 120th birthday stressing that Egypt was one of the first Arab countries to receive the T-34.

"Mikhail Koshkin is reckoned, certainly, as one of the founders of the national tank-building school and his Victory Tank is the progenitor of modern tanks. All the models that were manufactured in our factories in the post-war period have soaked up, one way or another, the design and combat experience of the legendary T-34. Besides, let me remind you that the T-34 was among the first tanks that were widely exported, and Egypt was one of the first Arab countries to accept it for service."

Mikhail Koshkin invented the T-34 in 1939. Its design simplicity and reliability have become one of the feats of engineering of the 20th century. To this day, T-34 is the most notable Soviet tank, as well as one of the best tanks and the most recognizable symbol of the Second World War. Many experts acknowledged its superiority in terrain crossing capacity, maneuverability, and mobility.

© Photo : Youtube/Sputnik
Legendary Soviet T-34 Battle Tank is Back in Action
Its latest modification, the T-35-85 tank, is still in service with some countries. Since 1955, it was supplied to the Egyptian Armed Forces by the USSR along with other military equipment.

Uralvagonzavod participates in the EDEX-2018 show as a member of the Russian joint display exposition of Rosoboronexport.

Two other participants of the "Ural Race", tanks of the T-72 and T-90 generations, — in their most modern modifications — will be demonstrated at the UVZ exposition at the Egypt International Exhibition Center on 3-5 December 2018.