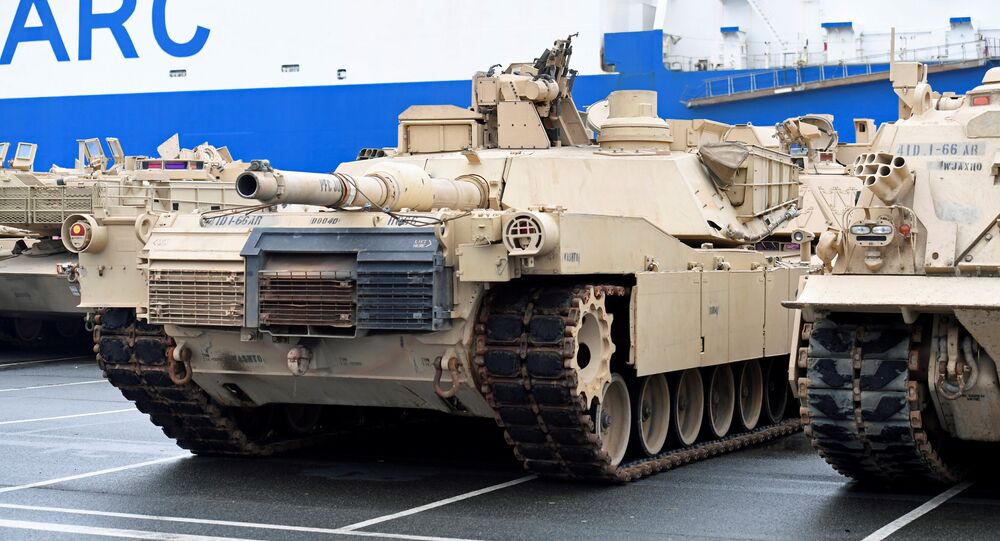 On Saturday, President Donald Trump announced US plans to withdraw from the treaty as Moscow was allegedly violating the agreement; Kremlin spokesman Dmitry Peskov refuted Trump's claims and stressed that Russia would be forced to take measures to ensure its security.

Kremlin spokesman Dmitry Peskov on Wednesday described the US withdrawal from the INF treaty as an extremely dangerous step, as it is tantamount to a US declaration that it intends to start another arms race.

"It is an extremely dangerous intention. Effectively, it is an announcement of plans to engage in an arms race by boosting corresponding weaponry," Peskov said.

The spokesman added that in light of the US announcement, Russia would, naturally, think of its national security interests.

He also noted, commenting on the meeting between Russian President Vladimir Putin and US National Security Adviser John Bolton, that the US will launch the relevant formal procedures to scuttle the decades-old treaty in the near future.

"As far as we understood, the US side has made a decision, and it will launch formal procedures for withdrawing from this treaty in the near future," Peskov told reporters.

On Putin's Visit to the US

According to Peskov, Putin is ready to visit the United States, but there are not concrete decision yet, however, the issue has been repeatedly raised at talks with US National Security Adviser John Bolton.

"We are certainly ready. In general, the issue of possible exchange visits has been indeed repeatedly addressed, but so far there are no specific decisions on this matter. As you know, November 11 as a date for a possible meeting of the two presidents in Paris on the sidelines of multilateral memorial events has become a priority. Now we have to start preparation for this meeting," Peskov told reporters, when asked whether Russia was ready to discuss Putin's possible visit to Washington.

In addition, the spokesman said that Putin has not decided yet whether he would attend the World Economic Forum in Davos in January 2019.

"No decision has been made on the forum in Davos, the president has no such plans," Peskov told reporters.

READ MORE: 'Did Your Eagle Eat the Olives?' Putin Teases Bolton About US Coat of Arms

© CC0 / Pixabay
US Exit From INF Treaty Threatens to Trigger Arms Race, Roll Back Disarmament - Scholars
The spokesman's comments come amid earlier President Trump's announcement that Washington may withdraw from the INF Treaty, accusing Russia of violating the terms of the agreement, which prohibits Russia and the US from developing or deploying ground-based ballistic and cruise missiles with ranges between 500 and 5,500 km, respectively. On Monday, Moscow warned that a US withdrawal from the treaty would prompt Russia to do what's necessary to preserve strategic stability. China, Austria, Germany, Italy, Spain, and other countries voiced concerns over Washington's plans. The UK voiced its approval, accusing Russia of non-compliance with the treaty.