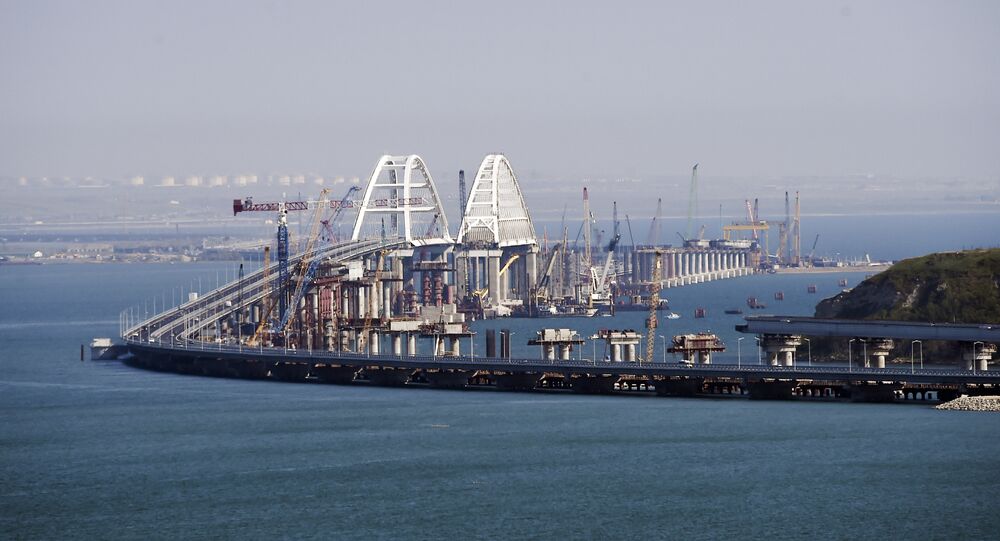 "The navigation of caravans resumed from noon on December 1 along the Kerch–Yenikale canal, the Taman Shipping Route," the press service said.

Earlier, Rosmorrechflot reported that navigation through Kerch Strait had been stopped due to adverse weather conditions and a threat of icing of ships.

© AFP 2021 / DANIEL MIHAILESCU
NATO to Keep Monitoring Black Sea Following Ukraine's Kerch Strait Provocation
The Kerch Strait has been at the centre of media attention after tensions between Russia and Ukraine started to escalate in the region. The dispute started when Russian border guards detained three Ukrainian Navy vessels and their 24 crewmembers last Sunday, including two members of Ukraine's Security Service as they violated Russia's maritime borders and engaged in dangerous manoeuvres in and around the Kerch Strait.

Crimea broke off from Ukraine and rejoined Russia in March 2014, a month after the Western-backed Maidan coup in Kiev overthrew the country's unpopular but democratically elected government.