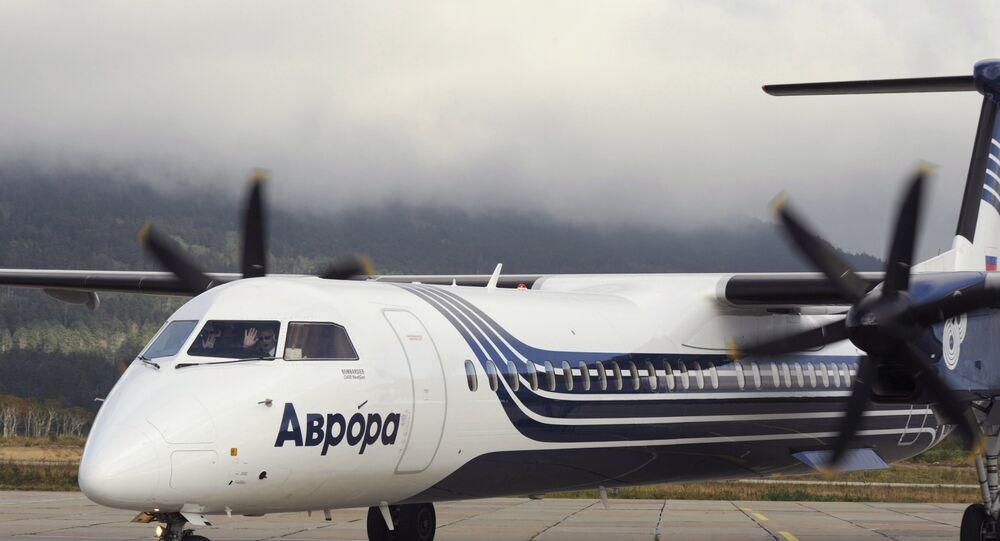 YUZHNO-SAKHALINSK (Sputnik) - The first plane this year with a Japanese delegation on board landed at the Mendeleyevo airport as part of visa-free flights from Japan to the Kuril Islands, airport's director Sergei Gorbatovsky told Sputnik on Sunday.

"A plane of the Aurora airlines landed at our airport at 12:74 p.m. local time [01:47 GMT]. The plane departed from Nakashibetsu on the island of Hokkaido an hour later than scheduled," Gorbatovsky said.

A major part of the Japanese delegation are former residents of the Kuril Islands. They are expected to visit graves of their family members on Kunashir and Iturup.

In early July, the Embassy of Japan in Russia told Sputnik that the third meeting of the Russia-Japan working group on joint economic activities on the southern Kuril Islands met in Moscow. The talks were held following negotiations between Russian President Vladimir Putin and Japanese Prime Minister Shinzo Abe, which took place on May 26 in Moscow.

© CC0
Russia, Japan Conduct Joint Military Drill on Ship Search in Maizuru
"On June 28 and 29, the working group met in Moscow at the level of heads of joint economic activity department heads, and the movement of people and project content were discussed… both sides talked about specifying projects and coordinating to send a business mission to the islands. The sides agreed that the business mission is a particularly important undertaking for specifying the content of the five proposed projects," Masakatsu Murotani, the embassy's counselor for press, culture and education said.

© Sputnik / Ekaterina Chesnokova
Japan Protests Russia Laying Underwater Telecom Cable to Disputed Kuril Islands
The Russian-Japanese relations have long been complicated by the fact that the two nations have never signed a permanent peace treaty after the World War II because of the disagreement over a group of four islands that are claimed by both countries — Iturup, Kunashir, Shikotan and Habomai — collectively referred to as the Southern Kurils by Russia, and Northern Territories by Japan.

Following Valdimir Putin's visit to Japan in December 2016, the relations between the two nations have been more upbeat as Moscow and Tokyo agreed to develop joint projects on the islands and help the movement of people between the Kurils and Japan.