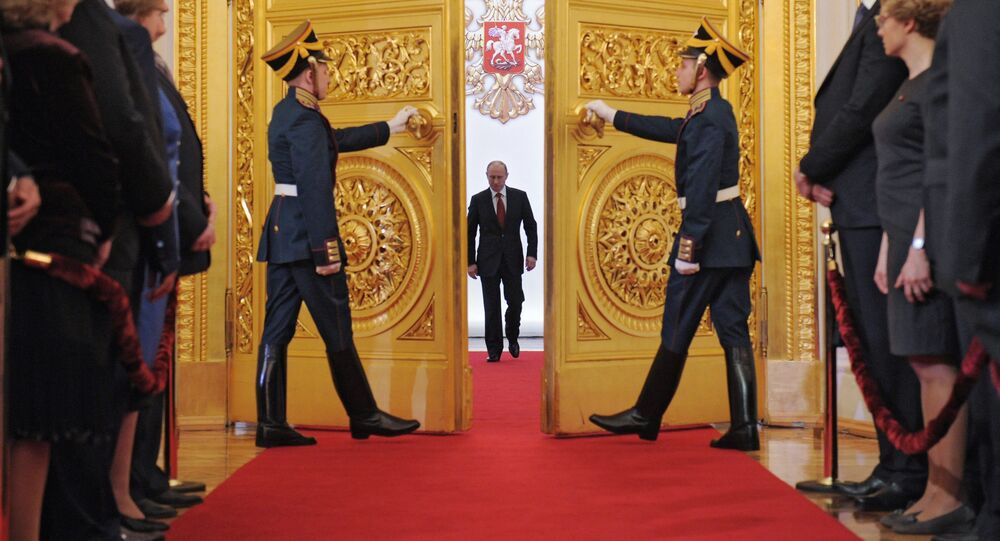 'Russia Will Either Be a Sovereign State, or It Will Not Exist at All' - Putin

Russian President Vladimir Putin, in an interview with the China Media Group, has expressed confidence that common sense would prevail in the policies of the western states and that anti-Russia sanctions would gradually be lifted, leading to the normalization of relations with all partners, including the United States.

"It is my understanding that common sense will prevail after all, that all illegal restrictions harmful for the development of the world economy will be gradually removed, and we will normalize our relations with all partners, including the United States, and other countries that followed [Washington] and introduced sanctions," Putin said in the interview.

Russia and its people will always stand for the country's sovereignty, the Russian president emphasized.

"Russia will either be a sovereign state, or it will not exist at all. And Russian people will, certainly, choose the first variant. Just as the Chinese people, I believe. We have no other options," Putin stressed in the interview.

"I hope for good, positive relations," Putin said in an interview with the China Media Group, when asked about the development of Russia's relations with the United States and western countries despite sanctions.

Vladimir Putin noted that the only objective reason behind the restrictions imposed was to hinder development, yet such a policy has affected, first and foremost, those who initiated it.

Putin: Russia is Ready to Maintain Gas Transit Through Ukraine