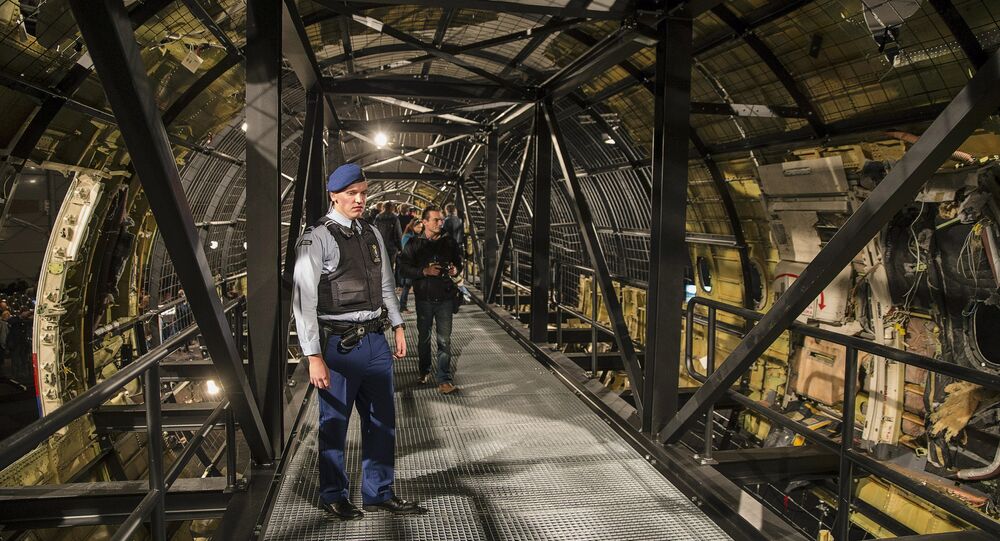 VIENNA (Sputnik) - The Dutch-led investigators have made conclusions regarding the 2014 crash of the Malaysia Airlines flight MH17 despite the fact that the probe is not formally over, the claims of Russia's responsibility for the tragedy are absurd, Russian Permanent Representative to the OSCE Alexander Lukashevich said on Thursday.

"At the moment, the Prosecutor General's Office of Russia is reviewing two more requests for legal assistance. Why didn't the Joint Investigation Team wait for our response and put forward its theories when the investigation is not formally over?" Lukashevich said at the OSCE Permanent Council meeting.

The diplomat stressed that the calls on Russia to accept responsibility for the MH17 crash were totally absurd.

"Don't you see the absurdity of these demands yourself? Moreover, let me remind you that nobody is allowed to use the language of ultimatums with respect to Russia!" Lukashevich said.

© REUTERS / Francois Lenoir
Russian Ambassador to Australia: Accusations on MH17 Crash ‘Planned Provocation’
Last week, the Dutch-led Joint Investigation Team (JIT) said it had concluded that the Buk missile system used to down flight MH17 had belonged to the Russian Armed Forces. On Friday, Australia and the Netherlands said they considered Russia responsible for the downing of aircraft, and requested that Russia enter negotiations on providing guarantees of non-repetition and pay damages to them.

The envoy noted, however, that Russia stood ready to assist the investigation into the incident.