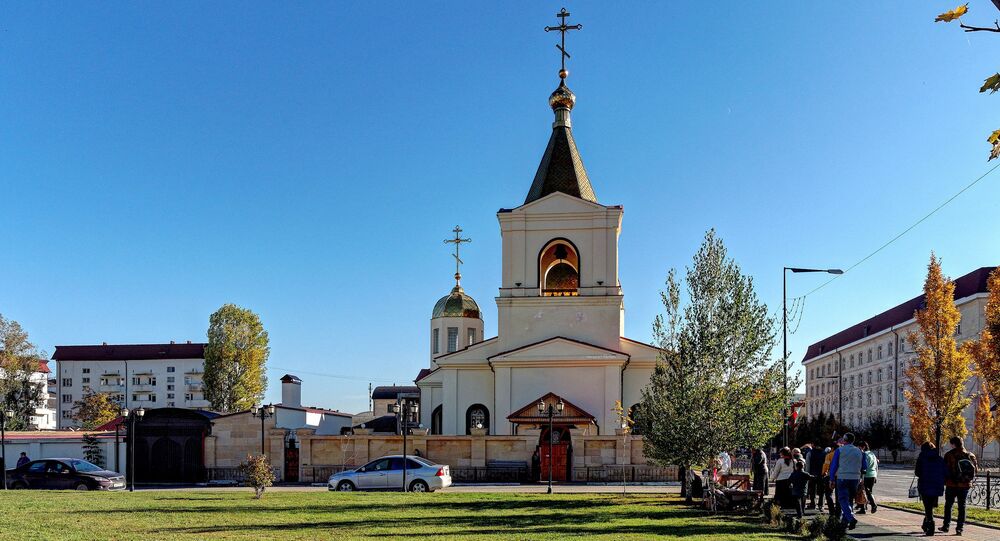 Two policemen and one churchgoer have died as result of a terrorist attack on a church in Russia's city of Grozny, a source in the local police department said.

Two more policemen have been injured as result of a special-forces operation. An investigation team is working at the scene.

"A group of militants tried to enter the territory of Grozny's church of St. Michael the Archangel. Two policemen were killed during an operation aimed at the neutralization of the attackers… One churchgoer was also killed," the source said.

Earlier in the day, Head of the Chechen Republic Ramzan Kadyrov told journalists that four terrorists managed to get into the church of St. Michael in Grozny with the aim to take hostages. However, as result of a special-forces raid, all four terrorists have been eliminated.

Kadyrov further noted that the assailants had allegedly received the order from one of the foreign countries. The information is being verified, he added.

"I am deeply grateful to all who, by competent, courageous and very prompt actions, eliminated terrorists and saved people’s lives. They deserve high awards. I am also grateful to the law enforcement officers who were protecting the [church]. They have worked accurately and fearlessly," Kadyrov said.

Following the attack, the Russian Investigative Committee said that a criminal case had been launched.

"The law enforcement bodies of the Russian Investigative Committee have launched the criminal case on the attack on visitors of the church of St. Michael the Archangel in the city of Grozny, " the committee said.

The committee also confirmed that two policemen and one churchgoer were killed, while two other police officers were injured as result of the attack.

The prompt reaction and professionalism of the policemen, who were protecting the church, prevented the militants from claiming lives of more people, according to the authorities.

Later in the day, one of the churchgoers told Sputnik that they managed to block the entry to the church right after they heard first shots, and immediately called the authorities.

Commenting on the issue, Vladimir Legoyda, the head of Synodal Information Department of the Russian Orthodox Church, said that the attack appeared to be another attempt to spark conflict between the Orthodox and Muslim groups in Russia.