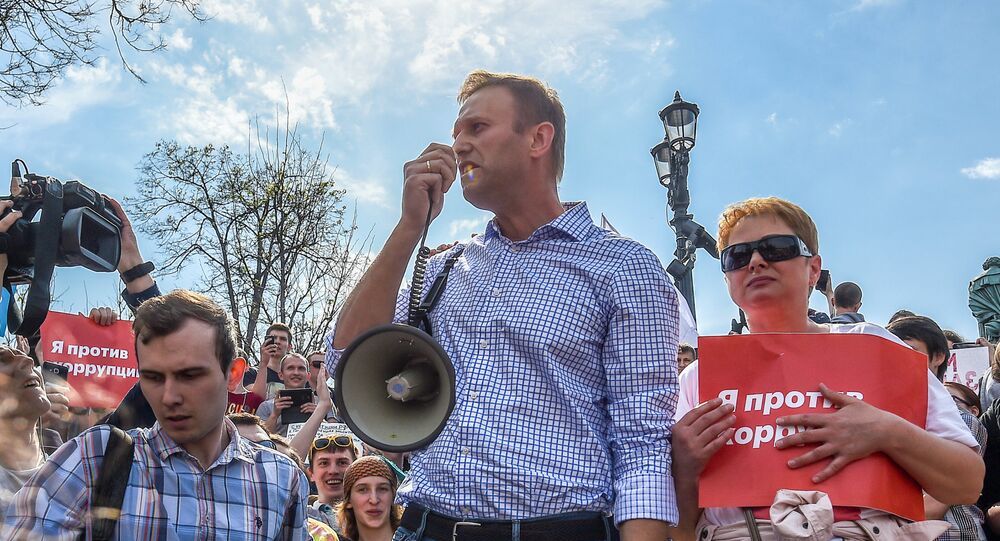 Some 1,500 Take Part in Unauthorized Rally in Moscow, Navalny Detained

The Moscow law enforcement services stated that at least 1,500 people had taken the streets to participate in an unauthorized rally in the center of Moscow. The principal organizer of the protest has been detained, as well as over 300 rally participants.

A Sputnik correspondent also reported from the scene that the police asked the crowd at Pushkin Square to leave and not to interfere with the passage of other citizens, warning about the possibility of using force in case of disobedience.

After that, the police began to detain the participants of the unsanctioned rally, some of whom threw the bushes pulled out of the lawns into the law enforcement officers.

According to the information from the police, at least 1,500 are taking part in the rally in Moscow, which resulted in more than 300 detentions.

As a result of an unauthorized rally, traffic jams formed in some streets in the center of Moscow.

© Sputnik / Vladimir Astapkovich
UK Foreign Secretary Under-Briefed on Situation With Rallies in Russia - Embassy
Protest actions organized by Navalny's supporters are held in several Russian cities, in some of them, they are not coordinated with local authorities.

The Moscow prosecutor's office warned Navalny about the inadmissibility of law violations, while Russian children ombudswoman Anna Kuznetsova urged not to manipulate minors who are involved in protest actions.