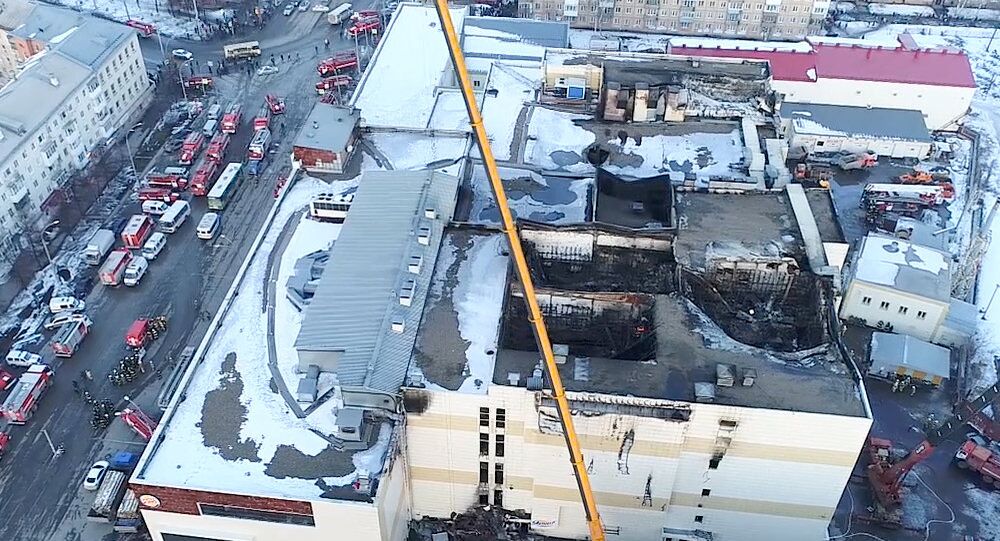 MOSCOW (Sputnik) - The head of a Russian firm that managed the Winter Cherry shopping mall, struck by a deadly fire last week, is in custody and will be charged with violating fire safety rules, the Investigative Committee said.

"Yulia Bogdanova, the director general of Kemerovo Confectionery Plant was detained today… She is to be charged with… violation of safety rules, which caused two or more deaths," the Committee’s spokeswoman, Svetlana Petrenko, said on Telegram.

Petrenko said the suspect’s home had been searched. The inquiry found that the company’s director "while being in charge of fire safety, was repeatedly informed by her subordinates about failures in the building’s fire safety system."

"Despite this, Bogdanova was too engrossed in leasing new shopping venues to address the failures in the fire safety," the statement added.

© Sputnik / Uliana Solovyova
Russia Mourns Kemerovo Mall Fire Victims
12
On Thursday, a district court in the Russian city of Kemerovo has ordered an arrest of five people over the deadly blaze in the Zimnyaya Vishnya ("Winter Cherry") shopping mall as Russia is mourning the 64 victims of the tragedy, most of them children who were trapped inside the cinema and other entertainment facilities at the top of the building.

Local authorities have warned that they are still looking into all requests from families and the number of victims might be revised up.