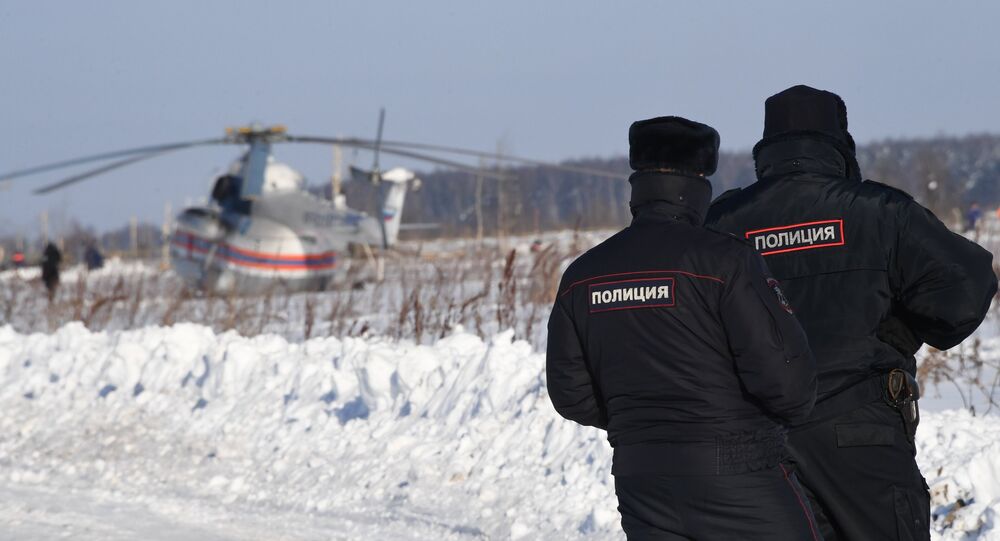 The An-148 passenger plane, carrying out a domestic flight, wrecked in the Moscow Region on February 11, killing all 71 people onboard. Investigators have been checking numerous versions of the tragic accident, from weather conditions and technical issues to human error.

The Russian Investigative Committee assumed that pre-flight icing may be the reason for the wreckage. A source, working at the Domodedovo airport, has said that it is the pilot who decides whether to treat the aircraft with de-icing fluids, as cited by RBK, Russian media outlet. “Sometimes the crew refuses the procedure in order to save time,” he said, adding that it leads to the “deterioration of the aerodynamic characteristics of the jet.”

This version cannot be excluded; back in 2011 failure of the speed indicator caused the An-148 crash that killed six crew members. While the indicator failed, showing a low speed, the pilots then increased the speed until the plane broke up in flight.

© AP Photo / Alexander Zemlianichenko
A man looks at wreckage near the scene of a AN-148 plane crash in Stepanovskoye village, about 40 kilometers (25 miles) from the Domodedovo airport, Russia

It was earlier reported that a witness saw the engine burning while the jet was falling. After the plane gained a height of 1,800 meters and reached the speed of 600 km/m, it suddenly “dove” to 1,500 meters, re-gained its previous altitude and immediately crashed. One of the sources, close to the investigation, said that “the engines of the An-148 worked up until it fell, the destruction of the aircraft was caused by its collision with the ground,” RBK cited him as saying.

As for the possibility of human error, Saratov airlines spokeswoman Elena Voronova told the media that one of the pilots had more than 5,000 hours of flying time, 2,800 of them in an An-148. The other pilot had 812 hours of experience. She also added that there had been no concerns over the technical condition of the plane.

According to a source, quoted by RBK, investigators will consider all possible scenarios, however, the possibility of a terrorist attack remains quite low. “This version will unlikely be predominant, as experts who have conducted an express-analysis of the plane’s fragments did not find micro-particles from explosives.”

Early versions suggested that prior to its wreckage the plane collided with a Russian post helicopter. The Russian postal service was quick to deny it had any helicopters involved in the tragic accident.