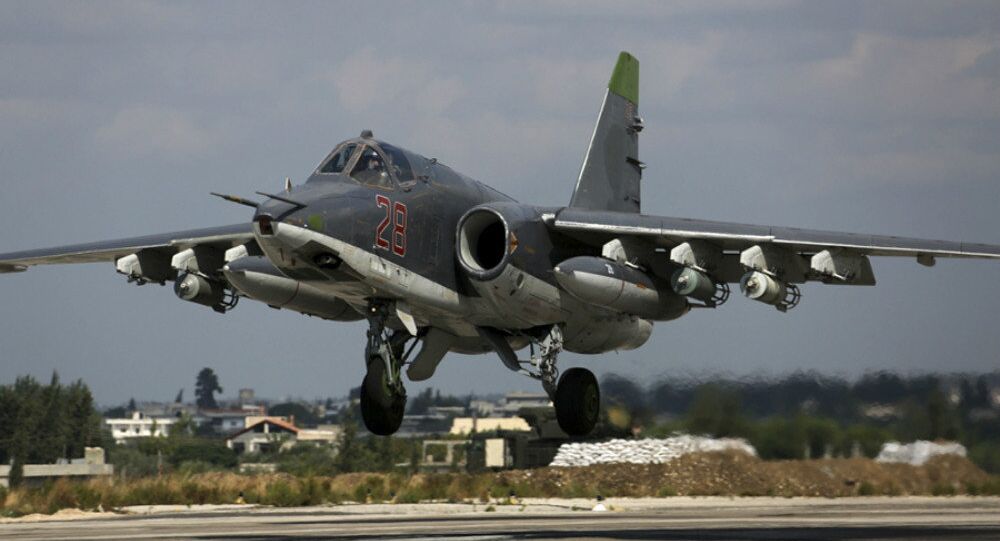 Russian engineers have developed a system which ensures 100-percent protection against the heat-seeking warheads of Stinger and Igla MANPADS, Rossiiskaya Gazeta has reported.

Dubbed Vitebsk, the new system will be installed on the Su-25SM3 ground attack planes, whose combat efficiency will be three times better than what the workhorse Su-25s can offer.

The system is currently available on all Russian Ka-52 helicopter gunships and Mil-8 rotorcraft currently deployed in Syria.

© AFP 2021 / MAHMOUD TAHA
Kremlin Deeply Worried That Terrorists Have MANPADS After Su-25 Downing in Syria
It proved its reliability in October 2016 when a Mil-8 helicopter remained immune to an attack by a shoulder-fired anti-aircraft missile.

With the Vitebsk system in place, the Su-25SM3 will be able to engage in dogfights in addition to its primary task of taking out targets on the ground.

The use of the GLONASS satellite positioning system will allow the pilot to pare his destination point accuracy down to a mere 10 meters (less than 20 feet) and to destroy targets even under conditions of poor visibility.

The Su-25SM3 will reportedly carry more advanced onboard missiles, including self-homing ones, as well as smart bombs.

And, last but certainly not least, the new jet will boast a wide range of speeds – from almost 1,000 kilometers an hour (621 miles an hour) down to 100 kilometers (62 miles) without stalling.

On February 3, a Russian Su-25 was shot down by a handheld anti-aircraft missile while on an observation mission over the Idlib de-escalation zone in Syria.

The pilot managed to eject but, surrounded by militants on the ground, blew himself up to evade capture.