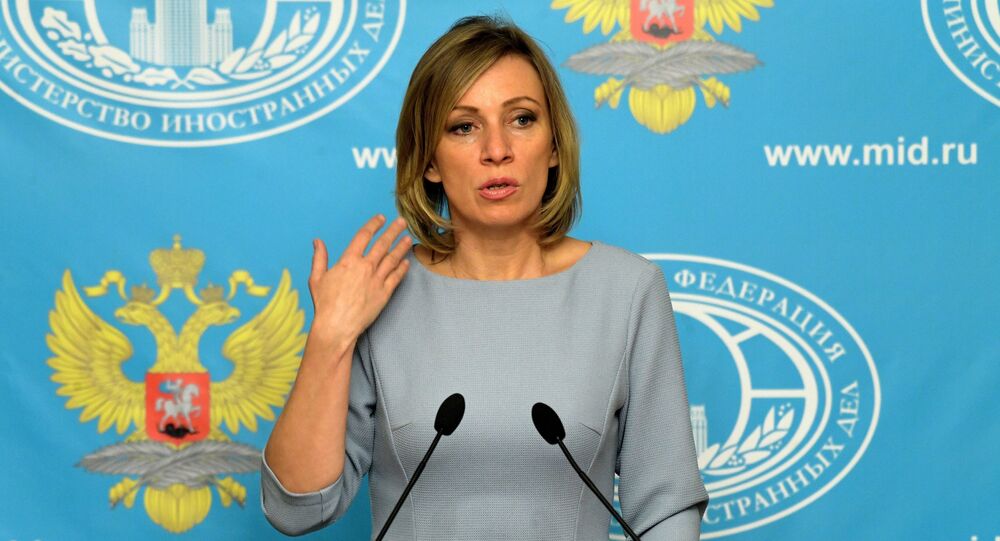 Russian Foreign Ministry’s spokeswoman slammed US Department of State’s comments on the actions of the Russian Central Election Commission, calling it a direct interference in the state’s internal affairs.

MOSCOW (Sputnik) – Russian Foreign Ministry’s spokeswoman Maria Zakharova called US Department of State’s reaction on the Russian Central Election Commission’s decision not to accept documents of opposition figure Alexei Navalny, who wanted to run for president, an interference in the Russian presidential election.

© AP Photo / Pavel Golovkin
Russian Election Commission Declines Navalny's Presidential Bid Due to Criminal Convinction
On Monday, the Central Election Commission denied the registration to Navalny's initiative group for his self-nomination in the Russian presidential election over previous conviction. Following the CEC's decision, Navalny urged people to boycott the election. The US Department of State expressed its concern over the commission’s decision calling it a pressure on independent candidates.

“This statement of the Department of State, which I believe will not be a single one, is a direct interference in the course of election as well as in the state’s internal affairs,” Zakharova wrote on her Facebook page.

Navalny received a suspended five-year sentence in February over the embezzlement of 16 million rubles ($279,000) from the state-run KirovLes timber company. He claimed that the conviction was politically motivated and promised to pursue an annulment of the sentence.

The Russian election legislation reads that anyone sentenced for a grave crime can become head of state only ten years after his or her conviction has been cancelled. Russian presidential election campaign officially began December 18, while the election itself will take place on March 18.