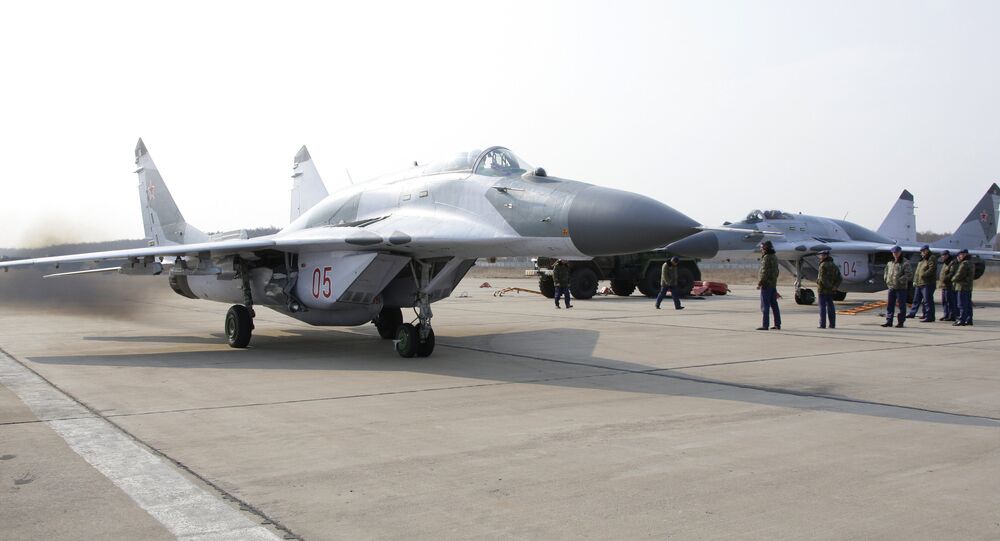 The MiG-29SMT is a modern modification of the fourth-generation fighter aircraft of the Russian Air Force. The aircraft is equipped with an additional fuel tank and a system of refueling in the air, which significantly expanded its combat radius.

He said that in September, the MiG-29SMT aircraft was sent to the base to demonstrate its capabilities.

"The participation of new aircraft in sorties allows us to confirm their reliability and efficiency, as well as to assess the operation of the on-board radio electronics and weapons systems," Korotkov said.

Sergei Korotkov added that over two and a half months of operation, the aircraft had carried out more than 140 sorties. It has accomplish tasks related to the elimination of the infrastructure of terrorist-held areas. According to the general designer of the UAC, in Syria MiG-29SMT "carried out combat missions to defeat terrorist bases autonomously, as well as jointly with Su-34 and Su-35". He added that the MiG-29SMT also carried out tasks to support Tu-22M3 bombers.

"The experience gained in Syria will be taken into account in the operation of these aircraft, as well as introduced in the development of new MiG aircraft, including the MiG-35," Korotkov stressed.

The MiG-29 is a fourth generation Russian multipurpose fighter. Its was developed by the design bureau MiG.