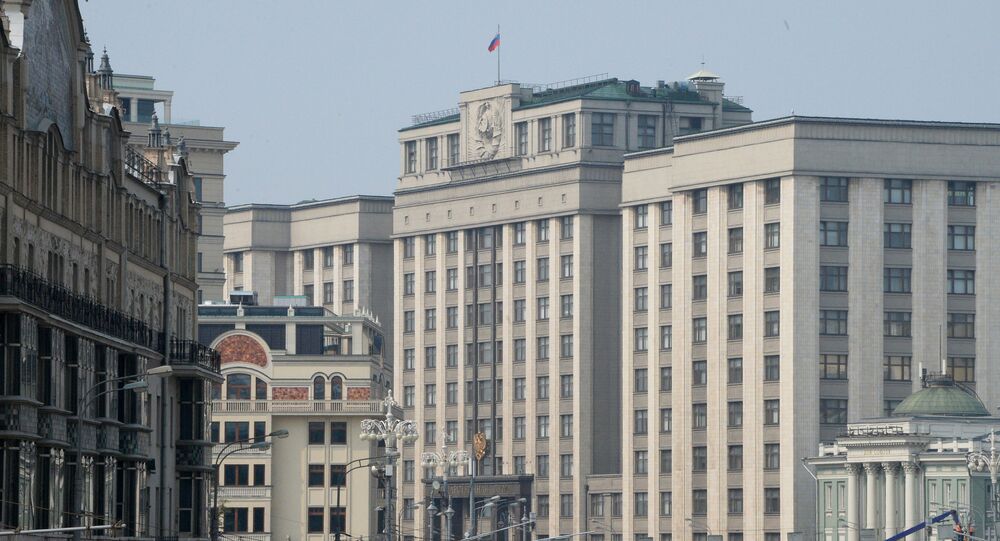 The move comes just a day after RT was stripped of accreditation in the US Congress after it had been forced to register under FARA at the demand of the Justice Department.

According to Russian State Duma committee head Olga Sevastianova, the decision to ban entry in the Russian parliament as a response to Washington's actions will take effect next week.

The issue was also commented on by Russian Upper House lawmaker Igor Morozov, who said that the restrictions may be imposed in mid-December.

"The ban on entry to the building will affect the media not only with full, but also partial US funding," the lawmaker added.

Commenting on the Russian lawmakers' proposals, Kremlin spokesman Dmitry Peskov said, "the discussion concerns American media outlets because such outrageous attacks on foreign media, in particular Russian ones, which are in violation of the world practice of freedom of speech, they, unfortunately, let's say, flourish in the United States."

The move comes a day after the US Congressional Press Galleries took away credentials from RT after it had been forced to register under the Foreign Agents Registration Act earlier in November, prompting the broadcaster's editor-in-chief, Margarita Simonyan's, harsh condemnation. According to Russian Ambassador in the US Anatoly Antonov, the decision is a direct violation of the main principle of freedom of speech.

Following the US Justice Department's demand for RT's registration under FARA described by President Vladimir Putin as an "attack on freedom of speech," he signed amendments, which had been previously approved by both chambers of the Russian parliament, to a bill allowing some foreign media outlets operating in the country to be listed as Foreign Agents in response to pressure on Russian media in the United States.

© Sputnik / Konstantin Chalabov
MSM Fear of Alternative Voices Drove Decision to Yank RT’s Press Credentials - Activist
Previously, the Russian Justice Ministry stated that it had notified the Voice of America, the Current Time broadcaster and Radio Free Europe/Radio Liberty and some others about their possible inclusion in the Foreign Agents' list.