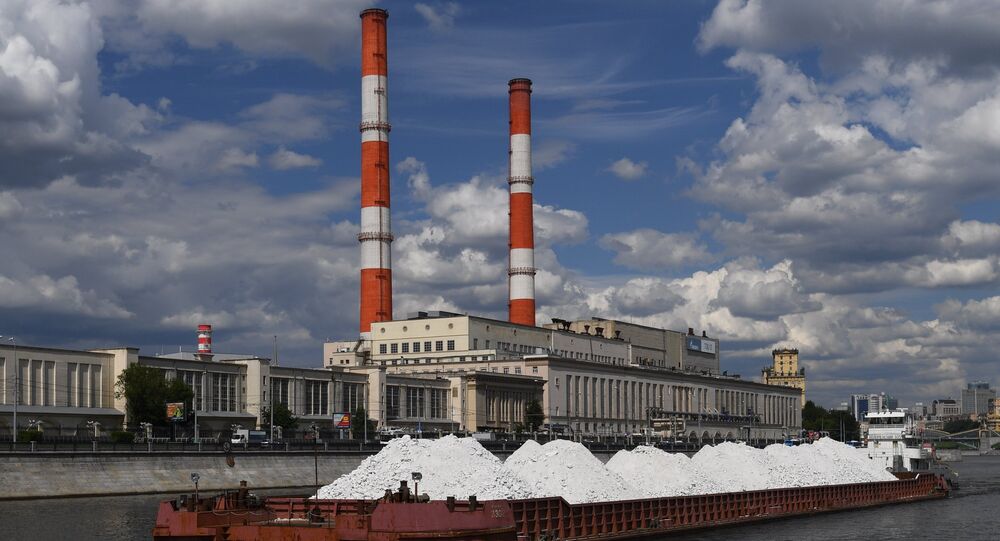 Russian scientists the National Research Tomsk Polytechnic University believe they have come up with an ingenious solution to alleviating the greenhouse effect, which involves recycling industrial waste to create eco-friendly fuel.

Brought to you by the National Research Tomsk Polytechnic University

Scientists from the National Research Tomsk Polytechnic University (TPU) have suggested a method to produce environmentally friendly fuel out of industrial waste from coal enrichment or oil refining, a spokesperson for the TPU press service told RIA Novosti.

The fuel is ten times more environmentally friendly than primary fuel and makes it possible to solve two problems at once: first, to reduce atmospheric emissions, and, second, to make efficient use of industrial waste, Pavel Strizhak, a leading developer and head of the THU Department of Thermal Power Automation, said.

“Thermal electric power stations account for 45 percent of all electricity generated in the world. At the same time, they are a source of ash, water vapors, as well as sulfur, nitrogen and carbon oxides which account for 90-95 percent of all atmospheric discharges,” he told RIA Novosti.

Scientists believe high levels of carbon dioxide in the atmosphere to be the main cause of the greenhouse effect. On top of that, flying ash particles emitted by smokestack exhaust gases can contain heavy metals. Toxic microelements, oncogenic hydrocarbons as well as other harmful substances could be part of gaseous combustion products of organic fuels.

Researchers from the Tomsk Polytechnic University suggest processing the residue of coal enrichment and oil refining into organic-hydrogen-carbonic fuel compositions (OHCF). They believe the use of these fuels can solve the environmental pressure problem resulting from burning coal for power production.

“OHCF are liquid composite fuels, about 80% of which are coal conversion products. We use four groups of substances as their components: hard combustible components such as low-grade coals and coal enrichment waste, liquid combustible components, water, and a plasticizer (stabilizer). At the final stage, this fuel is a viscous mass which can be later burnt at a boiler-house,” Mr. Strizhak said.

Separately, each of the four components is unfit as fuel for serious amounts of power production. But jointly they form a fuel identical to traditional coal in terms of its energy characteristics. Moreover, its burning produces a much higher economic and environmental effect, he noted.

“Our findings open up the prospects for large-scale use of the OHCF as an inexpensive kind of fuel that is more cost-effective and environmentally friendly than coals. By using liquid fuel produced from coal conversion residue, the industry will reduce the amount of mineral production and new development, which will make it possible to save resources and lessen environmental damage,” he added.

The method has passed tests at a plant in the Kemerovo Region. The research results have been published in the journal Sensors and Actuators B: Chemical. According to researchers, it will enable coal producers to process waste on the ground and burn it there to generate power. This will also help to cut the cost of getting rid of toxic waste.

The National Research Tomsk Polytechnic University participates in the "Project 5-100" state program designed to support major Russian universities. The program was launched by the Ministry of Education and Science of Russia under an executive order signed by President Vladimir Putin. The project is aimed at boosting the prestige of Russian higher education and making at least five universities from among those participating in the project join the ranks of the world's top one hundred higher educational establishments. Between 2013 and 2015, 21 universities were competitively selected for the project.