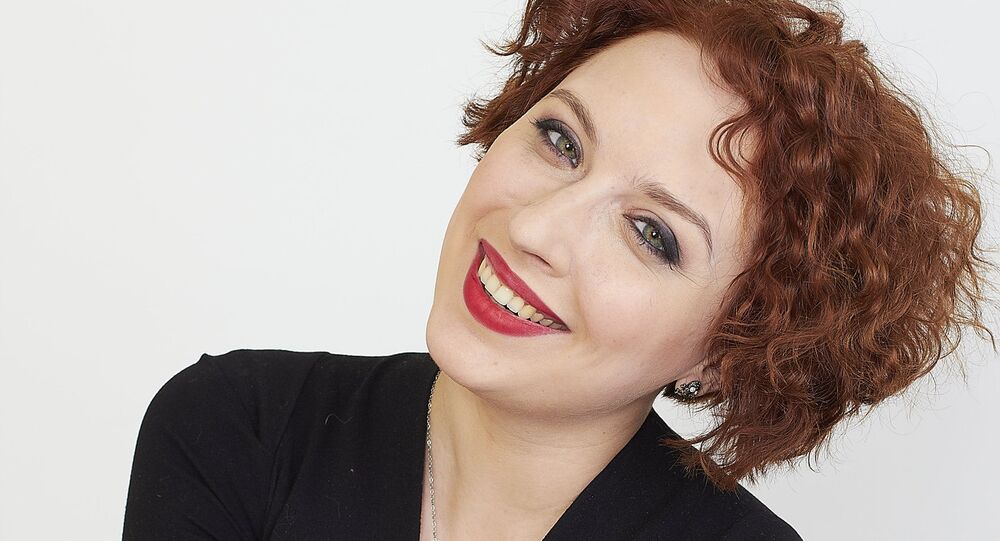 A probe has been launched into the attack. The female host of the Ekho Moskvy radio broadcaster has been hospitalized.

MOSCOW (Sputnik) — The host of the Ekho Moskvy radio broadcaster, Tatiana Felgenhauer, has received a neck injury as a result of a stabbing attack by a knife-wielding man and was hospitalized in serious condition.

"Having stormed into the radio station, a man jabbed the radio station host, Tatiana Felgenhauer, in the neck with a knife. He was apprehended by the security officers and handed over to the police. According to the doctors, Tatiana's life is not threatened. However, [doctors] installed a catheter, she was taken to hospital," the radio station has previously said in a statement.

According to preliminary information released by the police, the attacker's name is Boris Grits, who recently lived in Israel.

The Israeli Embassy in Russia has not yet been able to confirm or deny the Israeli citizenship of the assailant, the information is being checked, the press attache of the Israeli diplomatic mission in Moscow, Alex Gandler, told Sputnik.

"Information on the Israeli citizenship of the attacker on the Echo Moskvy host Tatiana Felgenhauer is being checked. At present, the Israeli Embassy in Moscow does not confirm or deny this information," the diplomat said.

He added that Israel was outraged by the attack on Felgenhauer, regardless of the nationality of the attacker. "Israel considers it unacceptable to assault the life and health of journalists. We wish Tatiana Felgenhauer and the injured guard of the Ekho Moskvy radio station a complete and speedy recovery," Gandler added.

The Russian Investigation Committee has also commented on the incident.

"The main investigation department of the Russian Investigation Committee in Moscow has instituted criminal proceedings against the 48-year-old man suspected of attempted murder," the statement said.

A source in the law enforcement agencies told Sputnik that the attack was incited by a personal conflict.

"The journalist was wounded in the neck with a sharp object. According to preliminary data, the [attack] was motivated by a personal conflict," the source said.

The suspect himself explained his attack during the questioning, claiming that Felgenhauer "had sexually harassed" him through "telepathic contact" for two months.

"[My] name is Boris Yuryevich Grits. I knew the victim through telepathic contact exclusively. Telepathic contact started in 2012," the detainee said in a video distributed by the official website of the Moscow Department of the Interior Ministry.

He will now be checked for sanity, a source in law enforcement agencies told Sputnik.

Alexander Kurennoy, the spokesman for Russia's Prosecutor General's Office, has strongly condemned the attack, assuring that the agency was closely monitoring the situation.

"The outrageous story about the attack on Tatiana Felgenhauer in the Ekho Moskvy building. [I express] words of support to [Felgenhauer's] colleagues at the radio station. I have just spoken to Alexei Venediktov [Ekho Moskvy's editor-in-chief]. [I] assured him that have the situation under control," Kurennoy said on Facebook.

The Presidential Council for Civil Society and Human Rights (HRC) will take the investigation into the attack on Felgenhauer under its control.

"Our Commission on Freedom of Information and Journalists' Rights… will take the investigation into the attack on the host of Ekho Moskvy radio under special control," head of HRC, Mikhail Fedotov, was quoted in the statement as saying.

Fedotov has expressed confidence that it was important to find out the motives for the attack, saying he does not exclude the version of a terrorist attack or mental disorder of the attacker.

The Organization for Security and Co-operation in Europe's (OSCE) Representative on Freedom of the Media Harlem Desirhas also commented on the attack.

"I trust that the ongoing investigation by the authorities will be held in a swift and thorough manner. Violence against journalists must not be tolerated," Desir said.