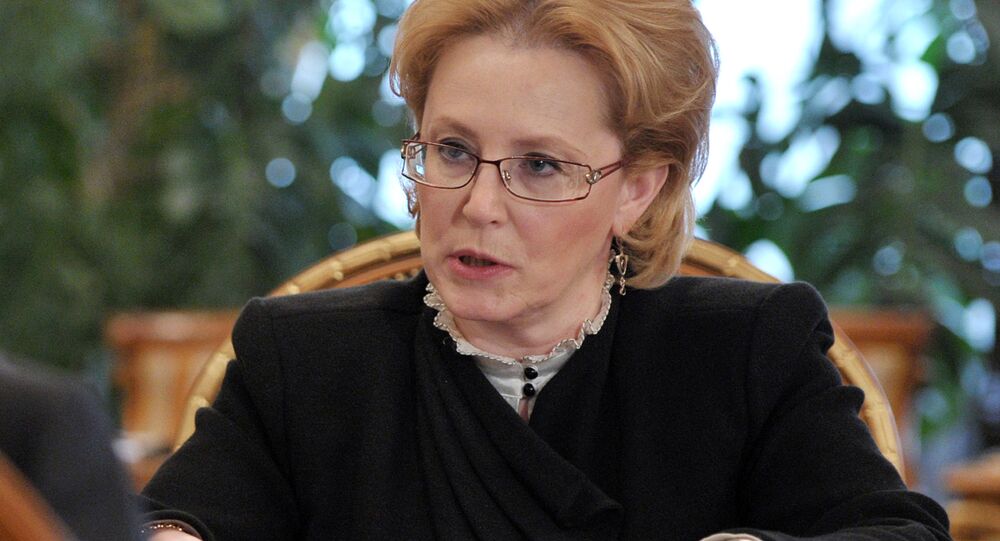 The Joint Institute for Nuclear Research laboratory has developed a unique technological contribution in the fight against oncological diseases.

© Photo : Pixabay
Human Trials Set to Begin for Cancer-Detecting Blood Test
DUBNA, Moscow Region (Sputnik) — The Joint Institute for Nuclear Research (JINR) laboratory, based in Dubna in the Moscow Region, has developed a unique technological contribution in the fight against oncological diseases, allowing for the removal of tumors in the early stages of cancer, Russian Healthcare Minister Veronika Skvortsova said Friday.

"The institute has managed to achieve a medical proton beam cross-section less than a millimeter wide, while the average across the globe is 4.5 millimeters," Skvortsova told reporters.

According to Skvortsova, this allows for the removal of tumors with one procedure. This is especially important for the treatment of the brain and spinal cord, where it is impossible to work with a scalpel, as any contact causes breathing, cardiac activity, and other vital functions to reflexively halt, the minister added.

"Now we see a new stage in the development of something fantastic, which in a few years will create an entirely new medical industry of nuclear medicine," Skvortsova said.

© Photo : Pixabay
Human Trials Set to Begin for Cancer-Detecting Blood Test
JINR is an international scientific center for fundamental research in nuclear physics and related fields of science and technology comprising 18 states. It operates on the basis of agreements signed on the government level. JINR is currently engaged in the implementation of a project called NICA, a Nuclotron-based Ion Collider Facility, which would study the state of high-density materials such as those formed in the first moments of the universe’s development after the Big Bang, or as those in neutron stars.
...
Reddit
Google+
Blogger
Pinterest
StumbleUpon
Telegram
WhatsApp
130