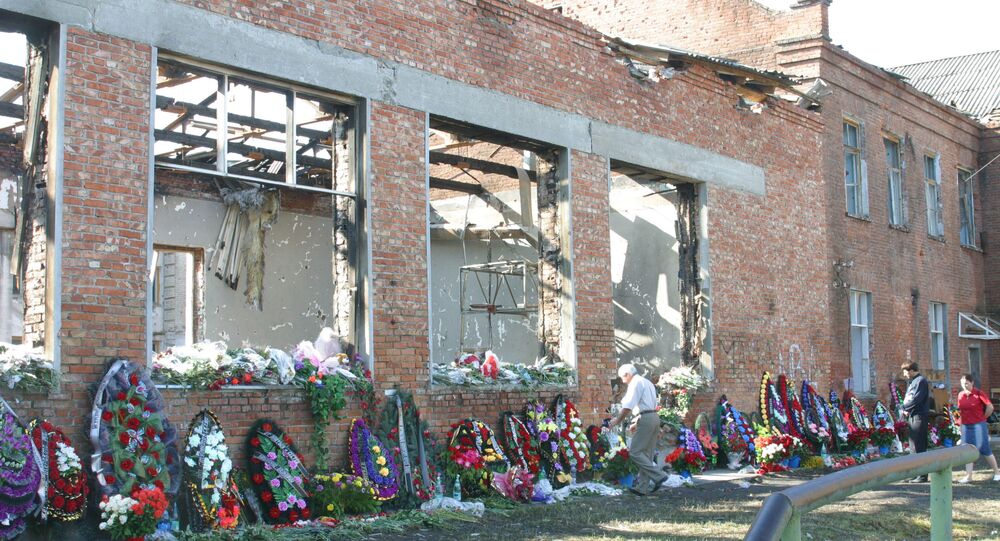 The Russian authorities challenged the ruling of the European Court of Human Rights (ECHR) in the case of the 2004 school hostage crisis in the southern Russian town of Beslan, the ministry of justice said Thursday.

© Sputnik / Natalya Lvova
Russia to Take Needed Legal Steps in ECHR Beslan Case Ruling - Kremlin
MOSCOW (Sputnik) – In April, the ECHR ruled that the Russian authorities had failed to take measures to prevent the deadly hostage crisis and used excessive force during the siege thus violating the right to life. The court obliged Russia to pay $3.15 million to 409 Russians who lodged the joint complaint, mainly those suffered in the crisis or their relatives.

"The Russian representative at the European Court of Human Rights challenged the ECHR ruling in the case ‘Tagayeva and Others Vs Russia' concerning the circumstances of the attack of armed terrorists on School Number 1 in the city of Beslan in North Ossetia on September 1, 2004," the ministerial statement read.

According to the statement, Russia's petition is based on the contradictions in the ECHR practice in relation to the court’s rulings in similar cases in other countries. The statement called such contradictions as "the obvious implementation of double standards toward Russia."

"The Russian authorities paid special attention to disproving of the judgments made earlier by the first instance of the ECHR that the national law should include the detailed description and content of the rescue and counter-terror operations with the description of the used methods and types of arms which should be used in every specific case," the statement further read adding that such practice would help terrorists in perpetrating terrorist acts.

Russia informed the ECHR about its position on the circumstances and stages of the rescue operation in Beslan, during which the law enforcement faced the "unprecedentedly complex challenges," the press release added. The similar terrorist acts in the European countries involved the lower number of hostages, however "even in such situations … the countries have often failed to prevent the taking of hostages and resolve the crisis situations without casualties," the statement also noted.

"The Russian authorities called on the European Court of Human Rights to reconsider its conclusions and take the balanced and informed decisions allowing the national authorities of all the Council of Europe countries to efficiently counter the terror threat and ensure the protection of life and health of their citizens," the press release concluded.

The three-day Beslan school hostage taking resulted in more than 330 people killed, including 186 children, and over 700 people wounded.